12 books to read in honor of Black History Month 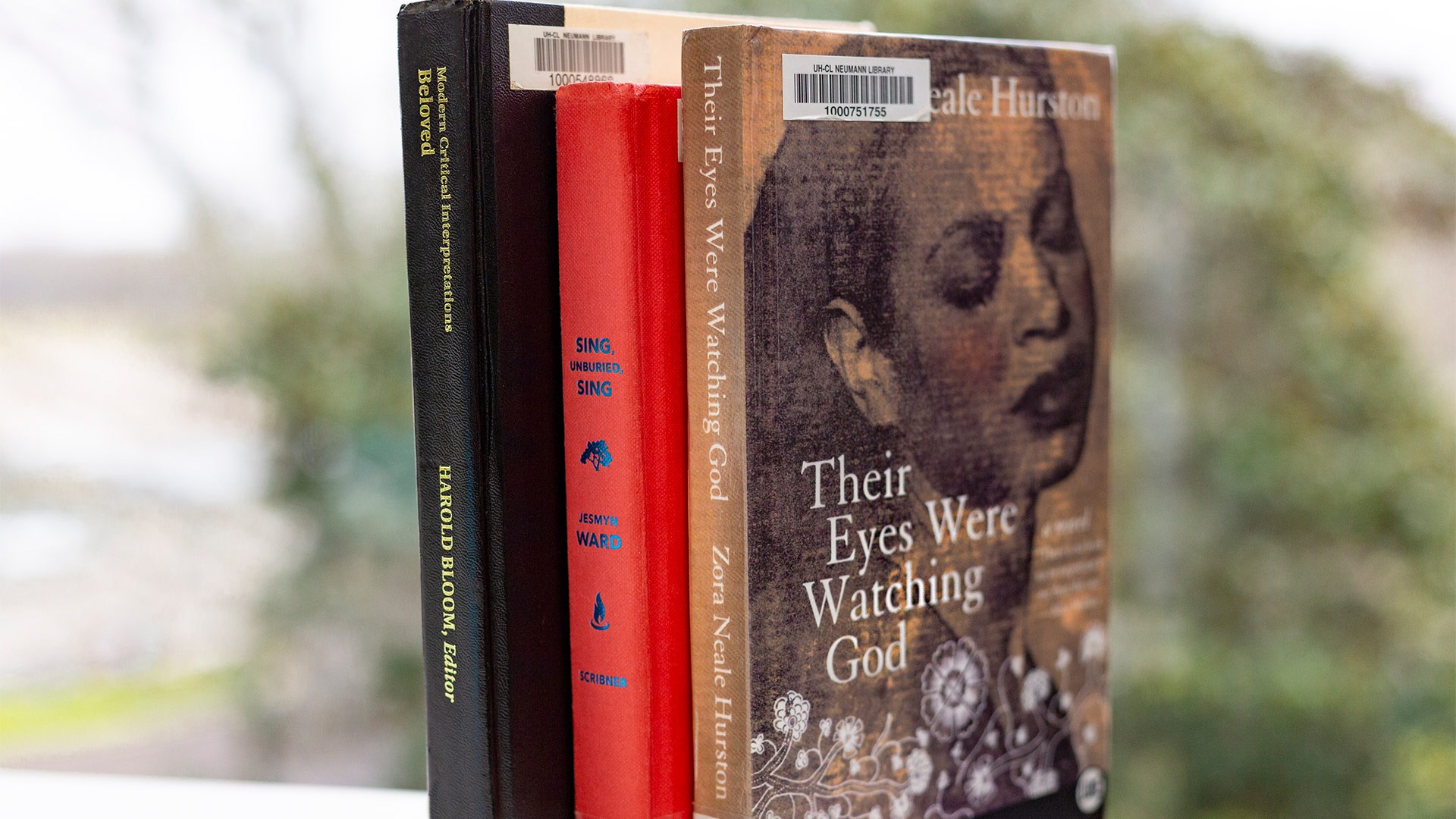 Black people and people of the African diaspora have used storytelling over time to share their life experiences. Their stories take us back in time to tell us of escaping slavery, coming of age during the Great Depression, fighting for equal rights during the Civil Rights movement, and the power struggle afterward. Their words share perspectives on the world today, exploring stories of African immigrants and intersectional identity, and confronting mental health in the Black community.

On this reading list for Black History Month, curated by University of Houston-Clear Lake Visiting Assistant Professor Jennifer McCauley and Professor of Literature Kevin McNamara, you will find stories that explore all these layers of Black experience.

"This is an autobiography and is known as a slave narrative, as a travel narrative and a spiritual narrative," McCauley said. "It talks about Equiano's time in enslavement. So there's details about the middle passage and his journey to the Americas and to England."

"It shows the horrors of enslavement from the first-person point of view. Unfortunately, that's how many African Americans ended up in this country."

Why you should read: To gain historical context.

"This would help (readers) get a sense of what it's like to be an enslaved African in America and allows you to understand and appreciate where we come from," McCauley said.

Considered one of the most influential works of Black literature, this collection of essays shares Du Bois' reflections on race in America through his experience as a Black man. Du Bois discusses the idea of "double consciousness" of Black people, which he applies to the duality of being Black and American at the same time.

Why you should read: Du Bois' reflections remain relevant today.

"Their Eyes Were Watching God" by Zora Neale Hurston (1937)

This novel follows the coming-of-age story of Janie Crawford, who navigates her way through three marriages and traditional gender roles to find her own independence.

Why you should read: To explore the Black female voice.

"It's a book from the Harlem Renaissance written by a Black woman," McCauley said. "It talks about a woman coming into her own womanhood, and it's lushly told. It's a beautiful text."

"This is a collection of 10 essays that deal with issues of race in America and in Europe," McCauley said. "It also deals with his relationship with race and religion and how those intersect. He talks about the protest novel and the Black protest novel as he dissects Richard Wright's 'Native Son'. It's a beautiful collection of essays."

Why you should read: To learn about Black American culture.

"This work gives a sense of the scope of Black American history and Black American culture from his point of view. It's also really aptly written and an eye-opening read," she said.

"I included this because Afro-Latino narratives aren't included as often," McCauley said. "This memoir is by a person of Puerto-Rican and Cuban descent growing up in Spanish Harlem. It follows the author's early life fighting racism and finding himself as a Black man and Black Puerto Rican man."

Why you should read: To get a different point of view.

"It's funny, heartwarming and deals with Afro-Latinx identity in a really interesting way," she said.

"It's about a black woman who is mixed race," said McCauley. "Her father is white-Jewish and her mother is Black. Her dad disappears when she's a child and she goes on the quest to find him."

Why you should read: To dive into a different genre of Black literature.

"It takes the Odyssey of Theseus and tells it from a feminist perspective," she said. "It's a post-modern text that mixes Black vernacular, Yiddish and language play. It's mostly a satirical novel that characterizes the mixed-race experience in an eye-opening way."

"It tells the story of an escaped, enslaved woman in Kentucky. She's haunted by the ghost of her daughter who she tragically killed to save her from slavery," McCauley said.

Why you should read: To gain historical context through beautiful writing.

"It's really compelling and lushly told that tells her experiences of slavery and trying to release her second daughter in the Reconstruction era," she said.

"It's an essay and speech collection that deals with racism, sexism, oppression, homophobia and identity, McCauley said. "She talks about poetry as a tool for challenging power relationships, and sees acknowledging our differences as a way to inspire change. The more you understand the ways we're not similar, the more we can inspire change and relate to each other."

Why you should read: To get a sense of the Black female voice in nonfiction.

This one-woman play uses the words from interviews to reflect the tension of the riots in Los Angeles that occurred after four officers were acquitted of the death of Rodney King.

Why you should read: To challenge yourself to think.

In contrast to many works on this list, this novel takes a satirical approach to race in America. The narrator attempts to reintroduce segregation and keep a slave named Hominy in Dickens, a fictional Los Angeles neighborhood, which lands him in front of the Supreme Court in the case, Me Vs. The United States of America.

The novel makes issues of racism, police brutality and racial stereotypes blatantly obvious as a mirror for society.

Why you should read: To get a different perspective on today.

"There's an edge of satire in (the novel), but also naked honesty," McNamara says. "Beatty is saying that to be Black in America is to be through the looking glass, and while the events in the book may not be true, it's a version of how difficult it is to be living Black in America."

"This is a more recent book about a young black man in the South who is dealing with Asperger's syndrome. It's a memoir but it feels like poetry."

Why you should read: To learn about mental health in the Black community through beautiful writing.

This award-winning American novel follows Jojo and his sister Kayla who are living with their grandparents in a fictional Mississippi town. Their mother floats in and out of their lives, and when their white father is released from prison, she takes them on a journey to collect him in the hopes of reuniting her family.

Why you should read: To get a glimpse into Black culture in the South.

"It's a rich and emotionally wrenching dive into the creole culture of the Gulf region and an eloquent reminder that, as Faulkner said, 'The past is never dead. It's not even past,'" said McNamara, who is teaching Ward's work in the fall.

Both McCauley and McNamara said that although these works span hundreds of years, there is a common theme through all of them.

"What it means to be Black and what it means to be Black in the U.S. remains and is a central theme," McCauley said. "We are a country that promotes freedom and equality, but we allowed slavery and Jim Crow. Du Bois called it a 'divide' about being aware of being American and being Black. That comes up in all these works. They deal with all these identities and trying to hold them all at once, and the attempt to reconcile them can be a struggle."

This list is not meant to be exhaustive. However, it represents a starting point for exploring more.

"Explore figures of our time," said McCauley. "If there is someone that you know about or someone you're interested in, don't just read about them, read their words. It gives you insight into their personal thoughts and feelings. In reading them, you learn about their inspirations and ideas of where to go."

Reading these works and others like them, and continuing to learn more about the Black experience, is key to continuing conversations on how we can change attitudes, beliefs and behaviors, said McNamara.

"You have to take the risk of understanding, not just on an intellectual level but on an emotional level, what the world looks and feels like for other people, and how that shapes the way they see the world."