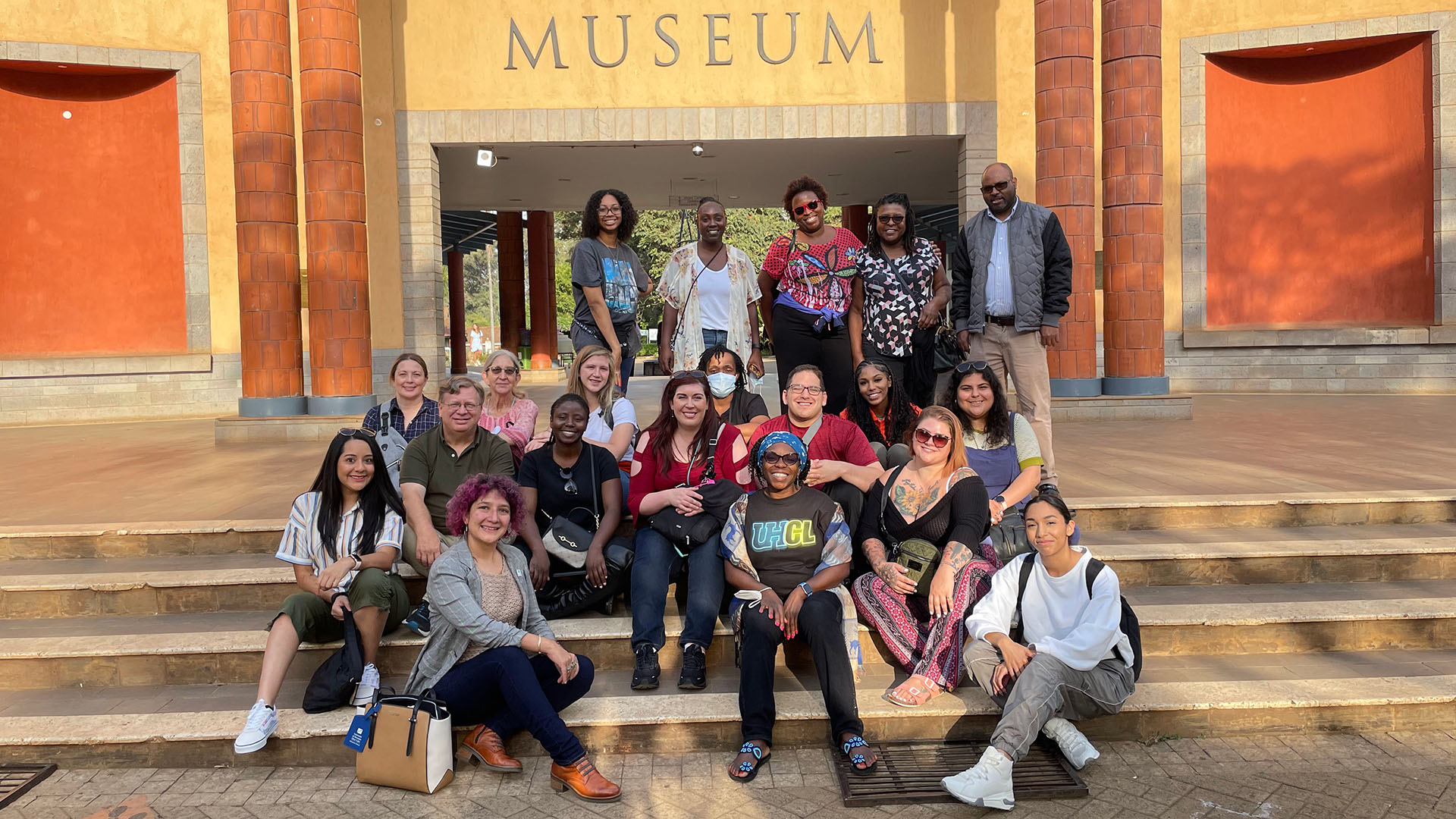 Twelve anthropology and sociology students from University of Houston-Clear Lake spent two weeks in June traveling in Nairobi and Mombasa, Kenya to experience a new culture and appreciate the diversity in sub-Saharan Africa.

"UH-Clear Lake has never done a study-abroad trip to sub-Saharan Africa, and it's a highlight to help student clarify the misconceptions they may have about a major African city like Nairobi," said Professor of Sociology Mike McMullen, who co-led the trip with Associate Professor of Anthropology Dawit Woldu.

"Nairobi is a bustling, modern metropolis similar to Houston or London," McMullen said. "We also traveled to Lake Nakuru National Park, which is an animal preserve, and observed a host of animal life. The students really appreciated seeing that."

He said they had also visited Mombasa, a large coastal city about an 8-hour train ride from Nairobi.

"It's a fascinating city from a sociological and anthropological point of view. Mombasa is where Swahili as a culture and language developed. The city is a combination of Arab influences from the north, as well as Saudi, Islamic, Omani and Indian influences, and it was a Portuguese colony," he said. "It's a crossroads of many centuries of trade that makes it a fascinating place to look at the mix of cultures."

Virginia Jones, who is working toward her Master of Arts in Sociology and Cross-Cultural Studies, said she decided to participate in the trip because she's always hoped to visit and study Africa, as it's part of her family's cultural roots."

She said there were many stereotypes and misconceptions about life in Africa that were quickly dispelled during this amazing study abroad trip.

"In Kenya, you are able to see a people who have a strong will to survive that possess some gifts and talents which enable them to create the most beautiful and unique art and clothing that I have had the privilege of seeing throughout all my travels around the world," she said. "The heart of the Kenyans and their passion for life moved me in ways that have forever enriched me."

Six students in UHCL's Healthcare Administration program were also part of the group. That group, led by Professor of Healthcare Administration Femi Ayadi and faculty co-lead, Assistant Professor of Critical Psychology Enciso Dominguez, visited three hospitals in Nairobi and one in Mombasa to learn about hospital management and evaluate and compare healthcare quality and operations between the U.S. and Kenya.