Veteran trains for new career in exercise science at UHCL 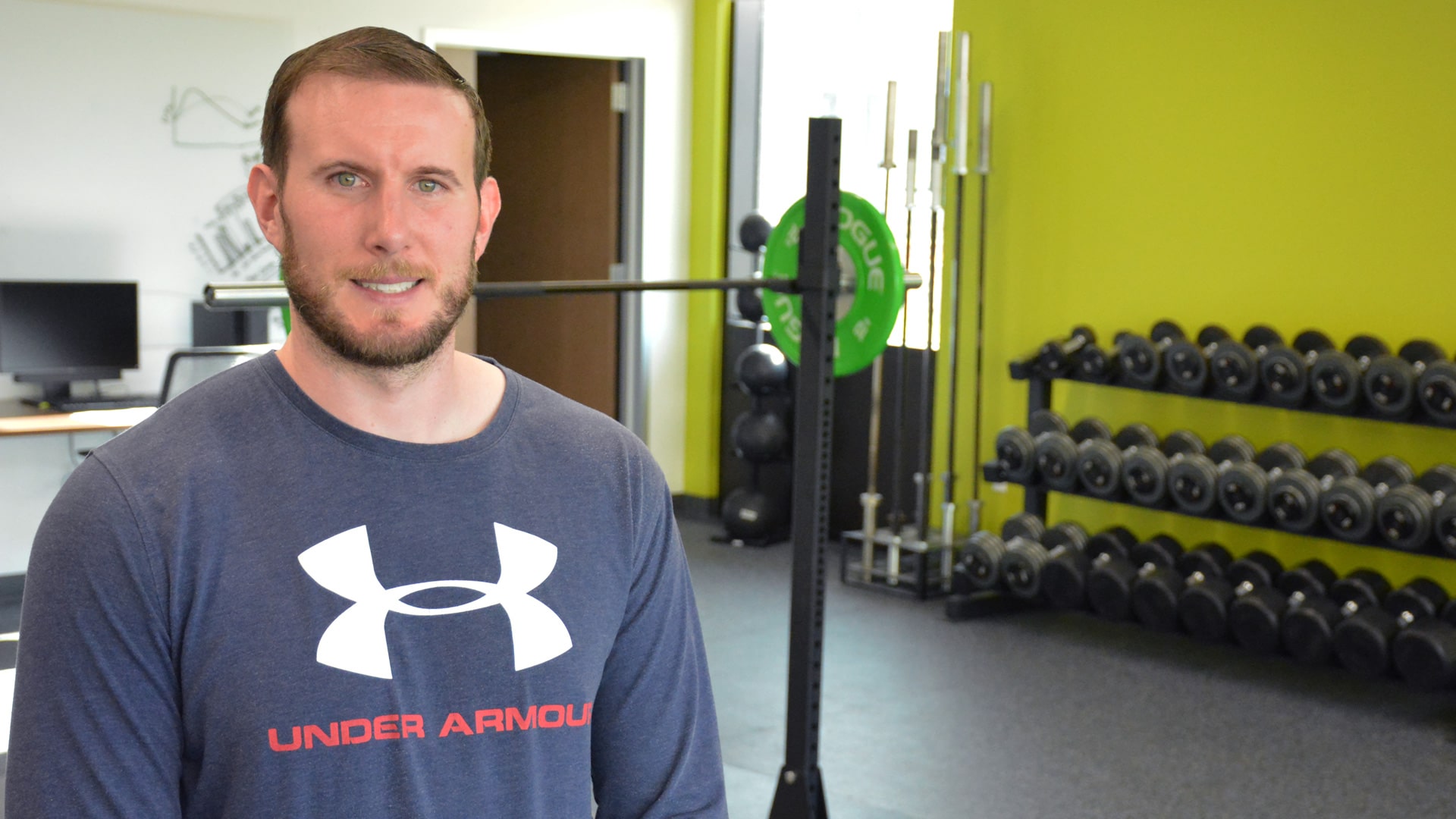 Randall Sharp never pictured himself finishing a four-year degree, much less starting a graduate program. But Sharp, who transferred to University of Houston-Clear Lake from Alvin Community College and is a U.S. Marine Corps veteran, will be crossing the stage this December to receive his bachelor’s in fitness and human performance and begin his exercise and health sciences master’s in the spring.

“I transferred to UH-Clear Lake in 2017 and started working in Campus Recreation,” Sharp said. “I was undecided as far as what to study at first, so I took some time to figure things out, learn about the fitness and human performance program and what it could lead to in terms of a career.”

Initially, Sharp said he might have been interested in a career in physical therapy, but found out that the fitness and human performance program had more to offer. “I was working in the Student Services and Classroom Building as a fitness assistant until we moved to the new Recreation and Wellness Center,” he said. “Then I became a program assistant. Now I help with the equipment in the fitness zone and with wellness programs.”

He chose his degree path because he’s interested in applying the skills he’s learned to athletes on sports teams in different settings. He said he’d like to work with a professional sports team, creating exercise programs and testing for athletes.

“There are ways to test athletes’ strength, agility and speed, and then with the results of those tests, create programs to help them improve. That’s what I’m interested in,” he said. “I decided that after I graduate in December, I would like to start graduate school.”

As he completes his graduate coursework, Sharp will also work as a graduate assistant with Associate Professor of Exercise and Health Sciences Bill Amonette, who is also the executive director of UHCL’s Exercise and Nutritional Health Institute. ENHI, housed in the university’s Rec and Wellness Center, is a new university initiative focusing on programs that implement individualized exercise and nutritional interventions with regular evaluation for members of the community who have been diagnosed with chronic diseases, or who are aging.

“Dr. Amonette has shared a lot of his knowledge with me and takes the time to talk,” he said. “He explained to me what I could do in this career.”

“I knew immediately after meeting with Randall for advising that he was a special student,” Amonette said. “I’ve watched him work in the new recreation and wellness building and the classroom; I am impressed with his leadership in our program and capabilities as an exercise professional.”

Amonette said that  when he’d heard Sharp  was accepted into the graduate program,  he met with Director of Campus Recreation and Wellness Brian Mills, who has also been supervising Sharp. “I asked if he would be willing to let me hire Randall into the ENHI,” he said.  “I needed a student with his leadership capabilities and someone who I could trust to work independently.”

One of ENHI’s goals is to give future exercise scientists the opportunity to work with clients alongside professors and other health professionals in one of three state-of-the-art laboratories targeting motor control, exercise physiology and biomechanics. “I’ll be assisting community members with their exercise programs and with lab testing,” Sharp said.

Currently, he’s taking Health Promotions with Assistant Professor of Public Health Isabelle Kusters. “I thought Dr. Kusters’ class would help me promote healthcare and services when I get a job,” he said.

“Randall contributes his experience working in health promotion to our classroom discussions,” Kusters said. “From the beginning of the semester, it was clear that he was a very mature student, who approaches public health and health promotion issues thoughtfully and methodically.”

“It was a little overwhelming when I first started here, but I became passionate about exercise science,” Sharp said. “The military gave me a sense of my natural leadership skills, and now I think getting my master’s degree will help open a lot of doors for me, and lead to more success.”