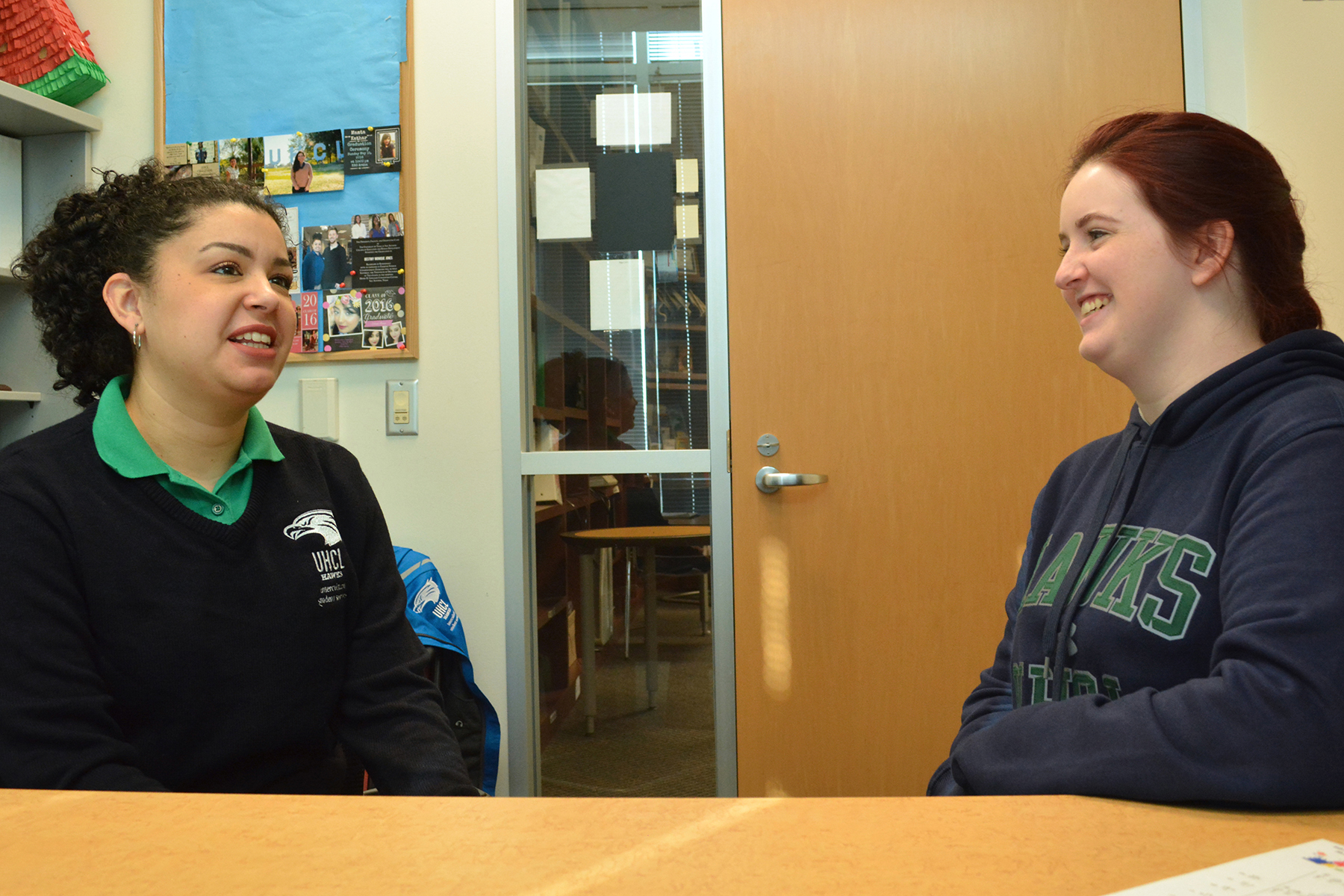 Being the first member of a family to go to college comes with some tough challenges, but a growing program at University of Houston-Clear Lake is ensuring that first-generation students don’t have to go it alone. 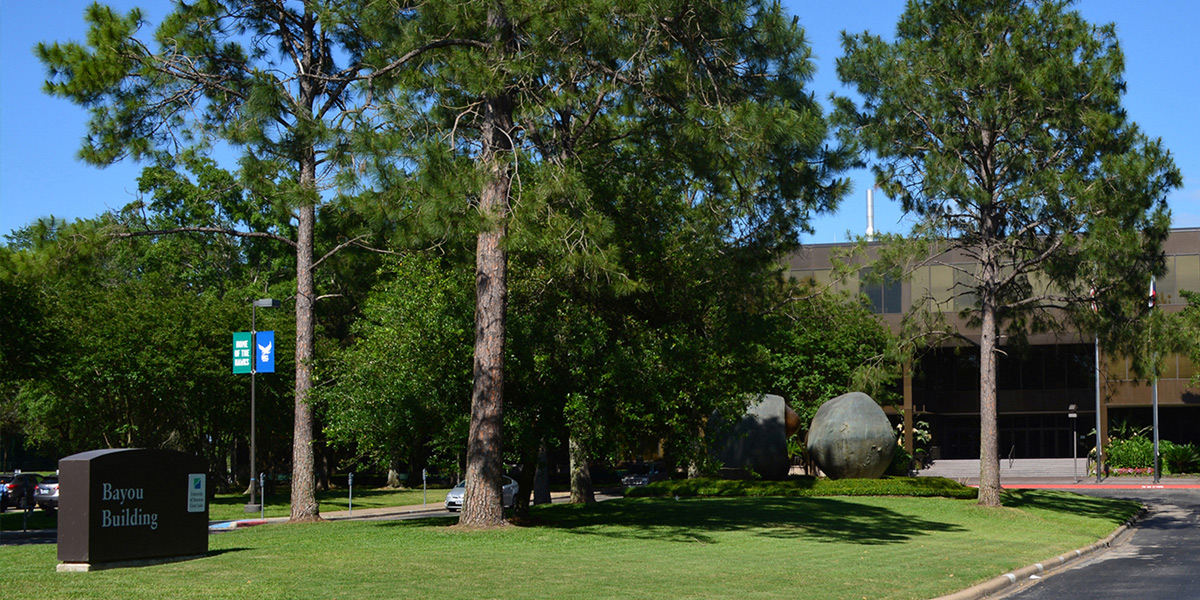 Effective fall 2017, University of Houston-Clear Lake students seeking a degree with a strong information technology focus through the university’s College of Science and Engineering have a new option with the addition of a Bachelor of Science in Information Technology. 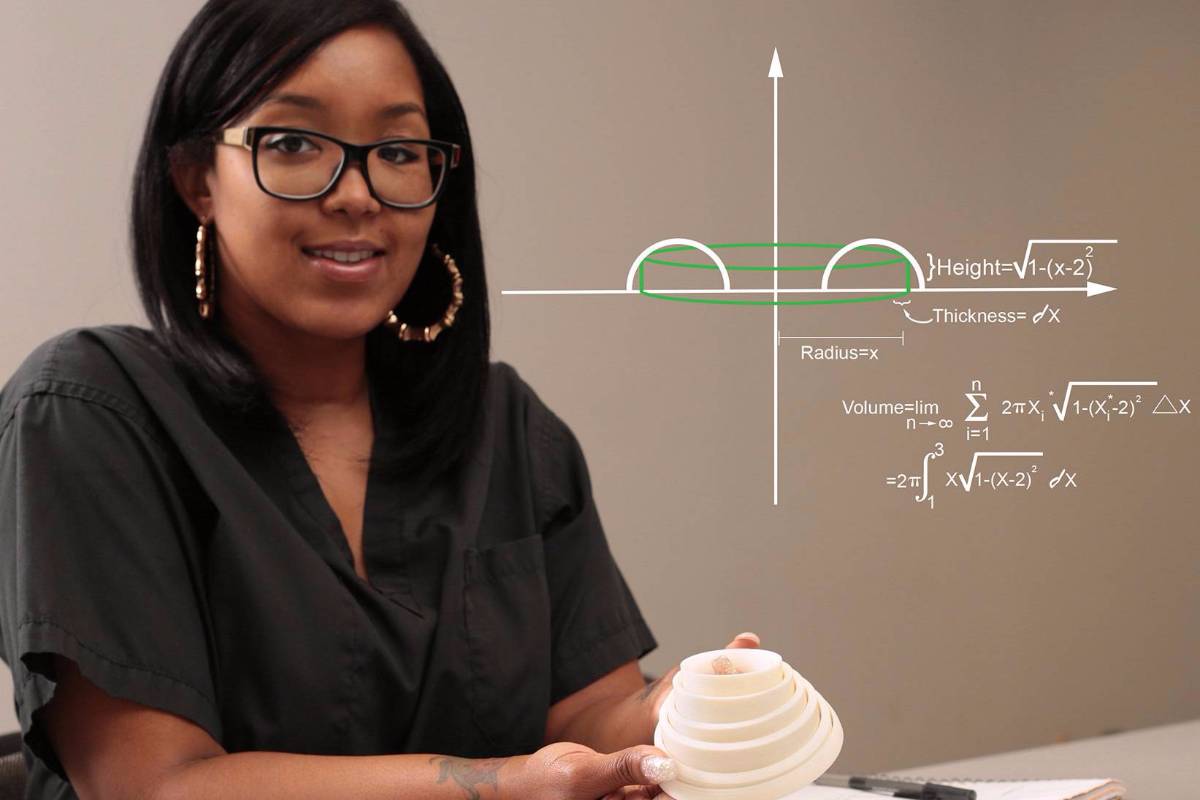 University of Houston-Clear Lake’s Mathematics and Statistics Department recently acquired a 3-D printer to help students understand complex surfaces. Calculus involves three-dimensional objects that can be extremely difficult to visualize. Now the department can print 3-D surfaces, and students can see details that were previously inaccessible. Pictured is Deanna Henderson, a calculus student, observing how the volume of a half torus can be found with cylindrical shells.

Sister to walk at commencement for student’s posthumous degree 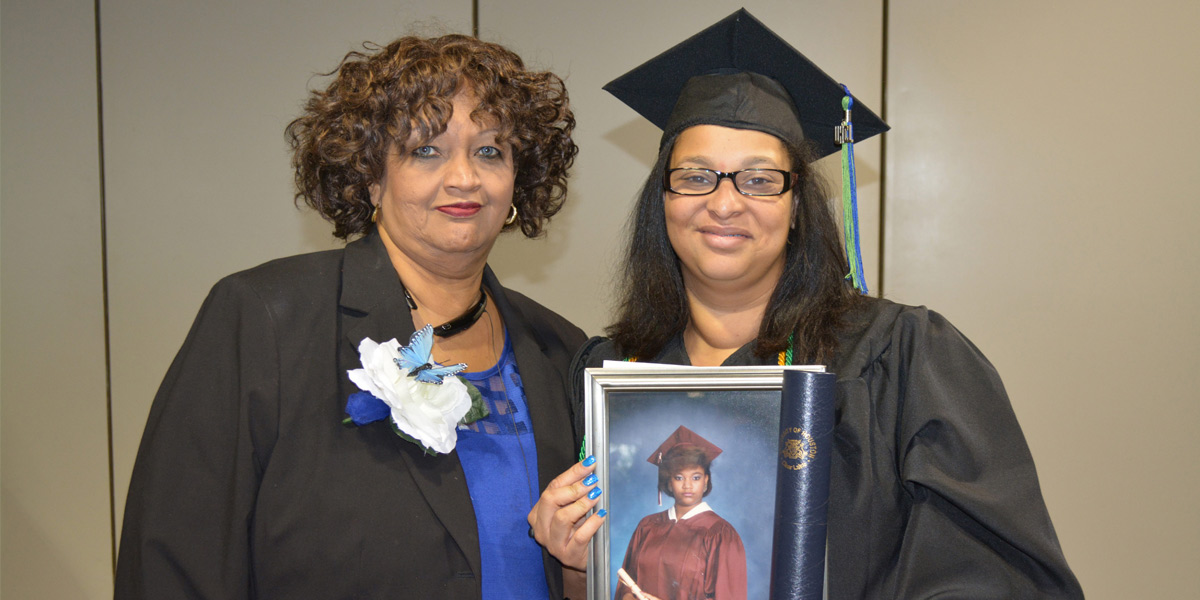 Teshawna Wright has some big shoes to fill, but she is looking forward to the challenge. Sunday she accepts a posthumous degree on behalf of her sister, Dawn Helmen, during the noon commencement ceremony for University of Houston-Clear Lake Sunday, Dec. 11, at NRG Arena in Houston. 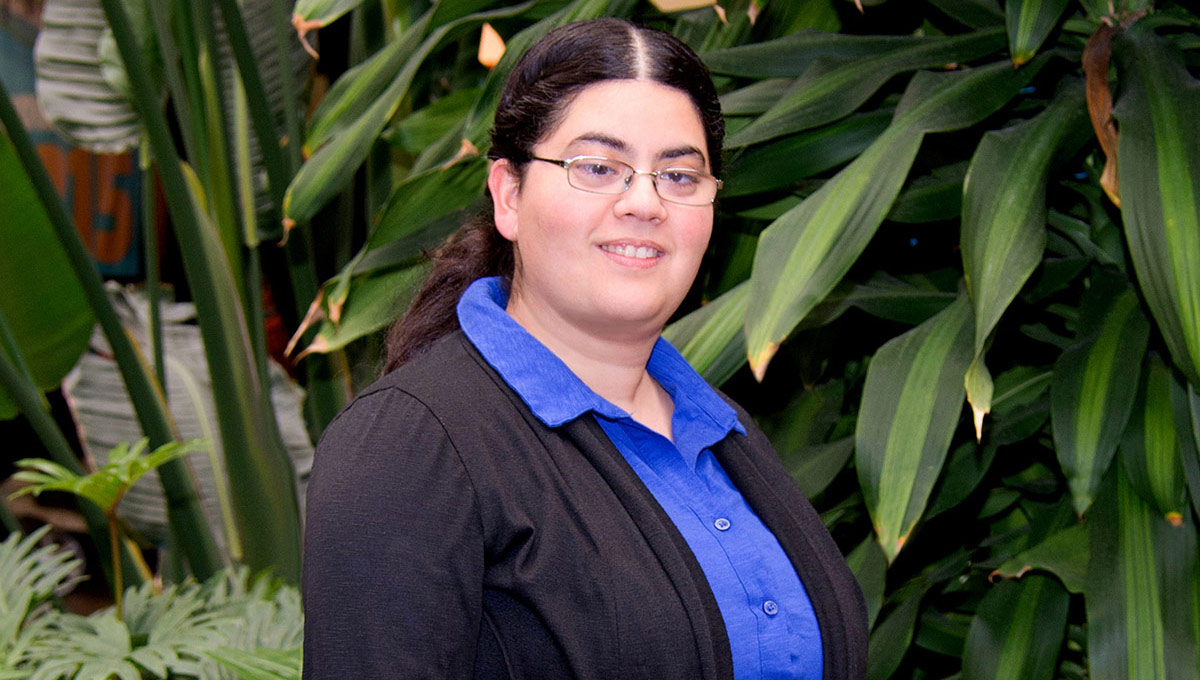 University of Houston Clear Lake alumna Karina Ramos recently began work on her doctoral degree in Denton, Texas. In the midst of packing, traveling and spending time with family, Ramos took a moment to reflect. Her parents came to the United States on a work visa in the early 2000s, and brought her and her brother for better educational opportunities, a decision that has impacted her life in many ways.

University of Houston-Clear Lake’s Office of E-Learning Services earned a 2016 Effective Practice Award from the international Online Learning Consortium. The award, presented at the OLC Accelerate Conference in Orlando, recognized the university’s case study, “Pathway to Quality Online Education at University of Houston-Clear Lake,” which was selected through a peer review process. 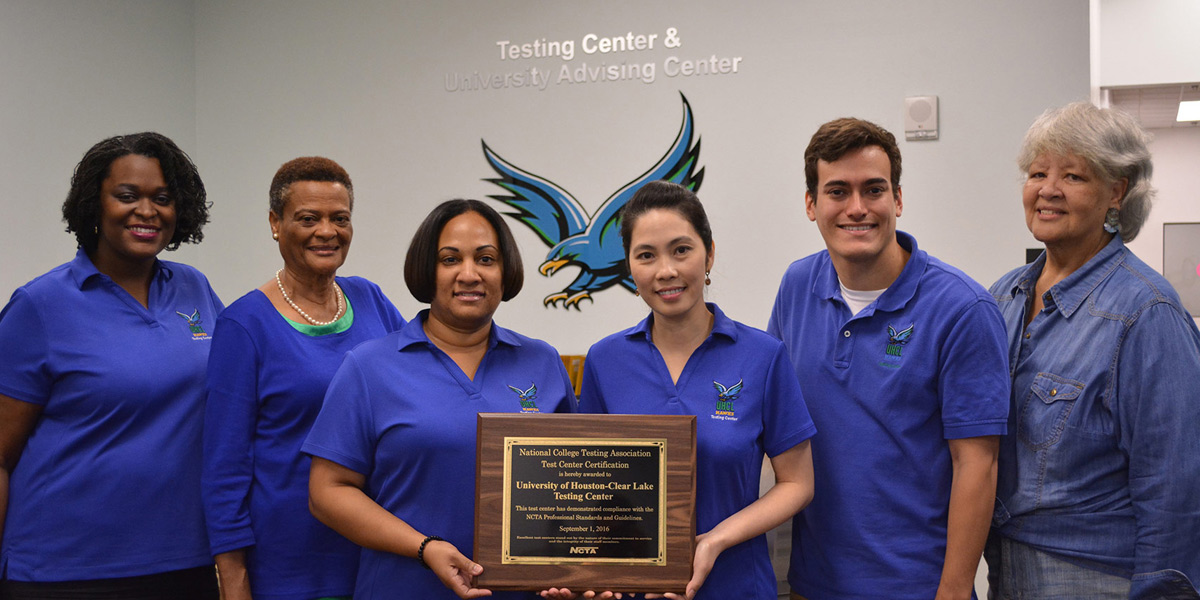 University of Houston-Clear Lake’s Testing Center received certification from the National College Testing Association in August, making it the only testing facility in the greater Houston area to currently hold that recognition. 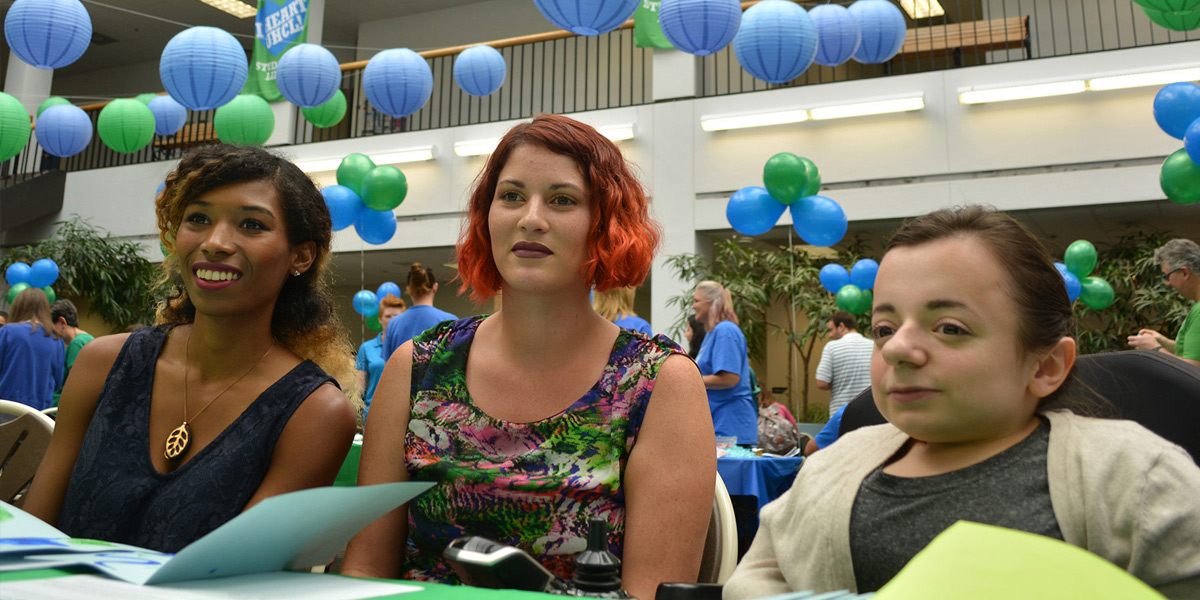 Shelby Terral faced the transition from her associate degree studies to a bachelor’s degree program feeling shy, uncertain – even a little lost. Three years later, she’s not only a master’s student in psychology at University of Houston-Clear Lake, having already earned her Bachelor of Science in Psychology at UHCL in 2015, but she’s also an enthusiastic leader in the campus community. 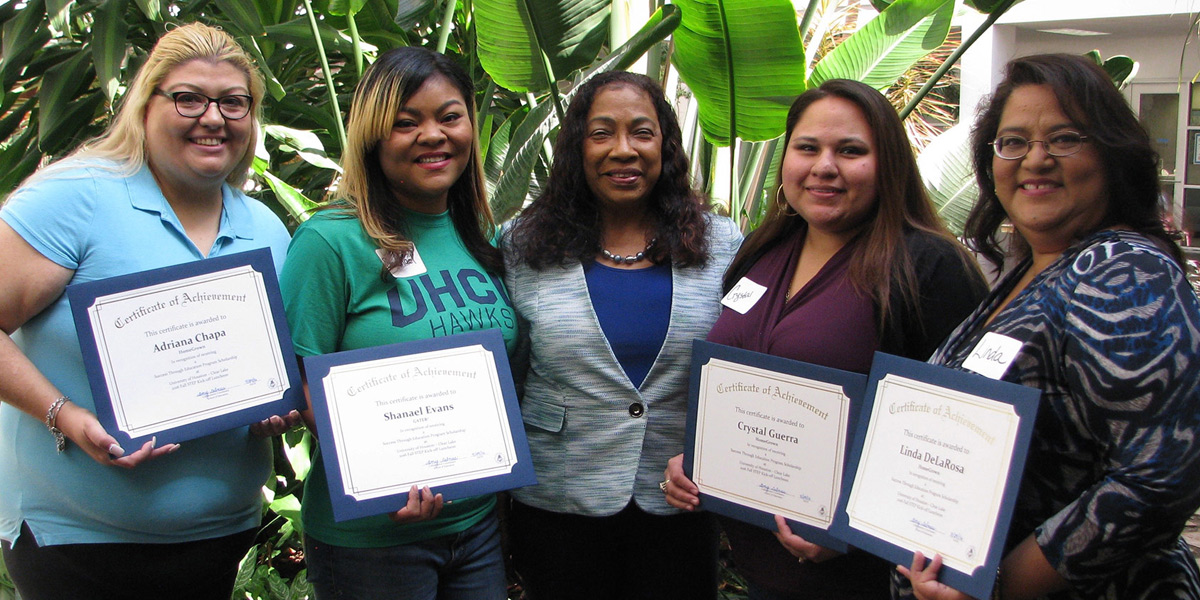 University of Houston-Clear Lake’s College of Education recognized the student recipients of Success Through Education Programs scholarships at the program’s fall 2016 Kickoff Luncheon. STEP is a collaborative effort between UH-Clear Lake, five area school districts, and five community colleges designed to create opportunities for students to explore teaching as a profession and to prepare them to become certified teachers. 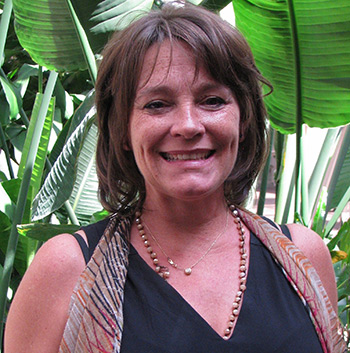 University of Houston-Clear Lake Assistant Professor of Special Education Elizabeth Beavers will serve as the Texas “ambassador” to spearhead the dissemination of new recommended practices for the care and education of young children with disabilities. Beavers, who has worked in the field of early childhood special education for more than 25 years, was selected by the Early Childhood Technical Assistance Center to join a group of 16 experts forming a national cohort to disseminate information and provide training within their states.

University of Houston-Clear Lake’s College of Education received notification that its Success Through Education Programs, known as STEP, is one of six finalists for the Texas Higher Education Star Award. STEP is a collaborative effort between UH-Clear Lake, five school districts, and five community colleges designed to create opportunities for students to explore teaching as a profession and to prepare them to become certified teachers.