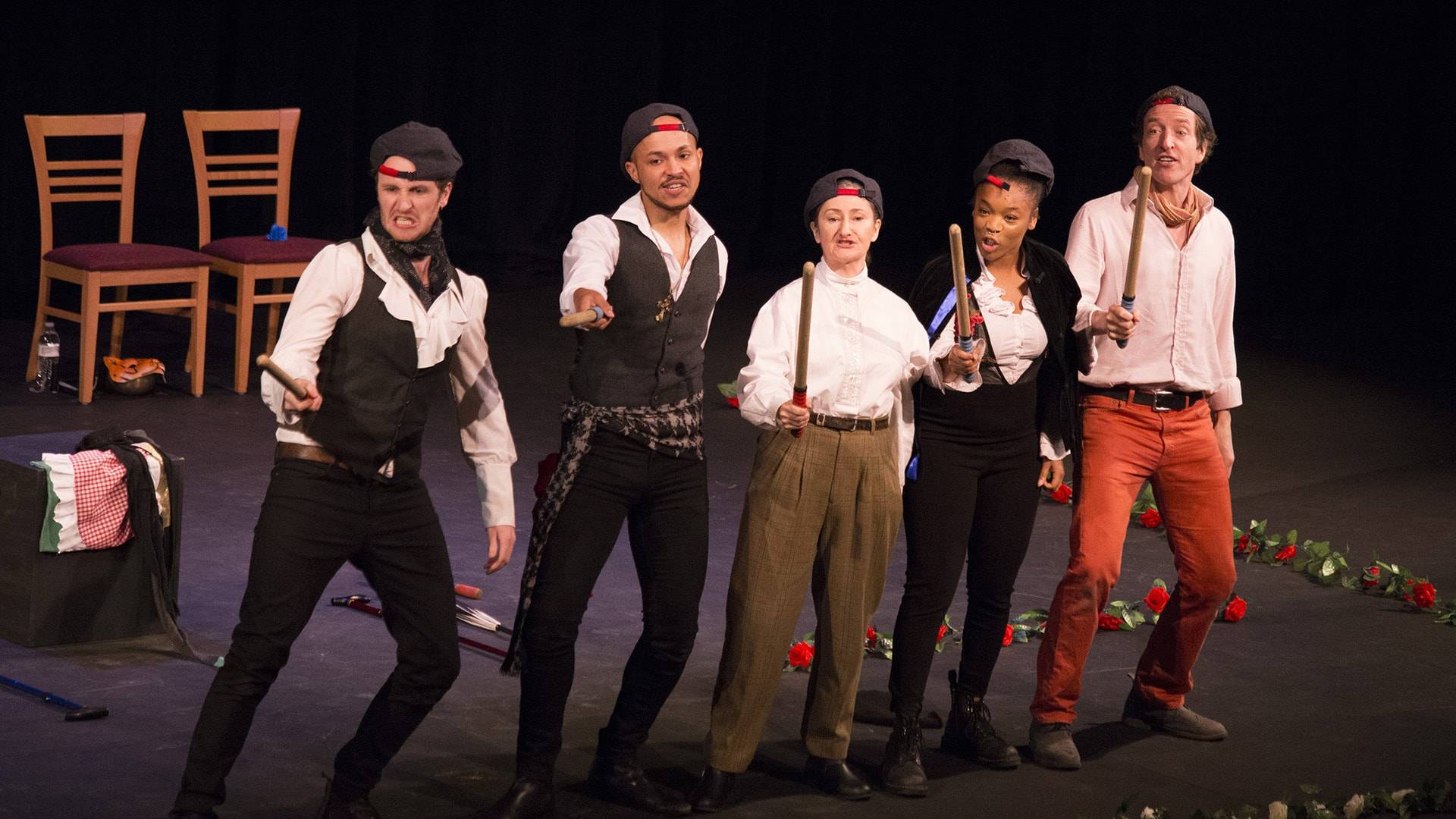 The Actors From The London Stage have a unique method: they perform Shakespeare's works without a director.

For anyone who thinks there’s nothing new to experience in a Shakespeare play, the five intrepid Actors From The London Stage would bet that their unique version of “The Tempest,” to be performed at University of Houston-Clear Lake’s Bayou Theater Feb. 13-15 at 7:30 p.m., is the exception.

“What’s different about the way we perform is that it’s a devised piece with no director,” said David Rubin, who is among the five actors in the troupe performing the play.

Rubin explained that renowned British actor Sir Patrick Stewart, most recognized for his role as Capt. Jean-Luc Picard on “Star Trek: The Next Generation,” had co-founded Actors From The London Stage in 1975. It is one of the oldest touring Shakespeare theatre companies in the world, housed in the United Kingdom and based in the U.S. at Notre Dame University in South Bend, Indiana.

“Because our performances are devised pieces between the five actors, the play is not the result of one director’s vision,” Rubin said. “Shakespeare has been done over and over, but in the case of this company, the actors have to come up with a shared vision and devise it by coming up with a plan.”

“The Tempest” opens with a big storm, and Rubin pointed out that there are an infinite number of ways to create and perform the storm. “We are all physical, so we represent the storm and the ship,” he said. “This method calls on us to be very inventive. The hard part is negotiating with the other actors in the room and knowing that one person does not have the final say. We always vote on things and the majority rules.”

Rubin said that all parts are always covered in the plays they perform, and no text is cut. “I’m doing two parts — Prospero the magician, and his wicked brother Antonio,” he said. “That means in some scenes, I’m talking to myself. But it’s exciting theater because of this, and it shows it can be done.”

The company was formed as a result of Stewart’s educational outreach with universities. Hence, Rubin said, alongside each play, each actor leads four or five workshops during the week to work with the faculty and students at each institution.

“The actors will be on campus all week and visit a variety of students,” said Professor of Literature Elizabeth Klett. “We have faculty in the literature, history, humanities, communications, anthropology, and psychology programs participating in this residency. In my literature courses, they will be working with students on scenes from ‘The Tempest,’ getting them up to speak and embody the text, so they experience it from a different perspective.”

Klett also said that the actors would be working with students on self-presentation, public speaking, and job interviewing techniques. “We do the workshops with our knowledge of the play and our acting and communication skills, and adapt it to all different disciplines,” Rubin said. “Students have a lot to learn from us. Any department can ask for a workshop with their students. Our goal is to have everyone in the class to have spoken some Shakespeare’s words by the workshop’s end.”

Read online for more information about the Bayou Theater’s events.