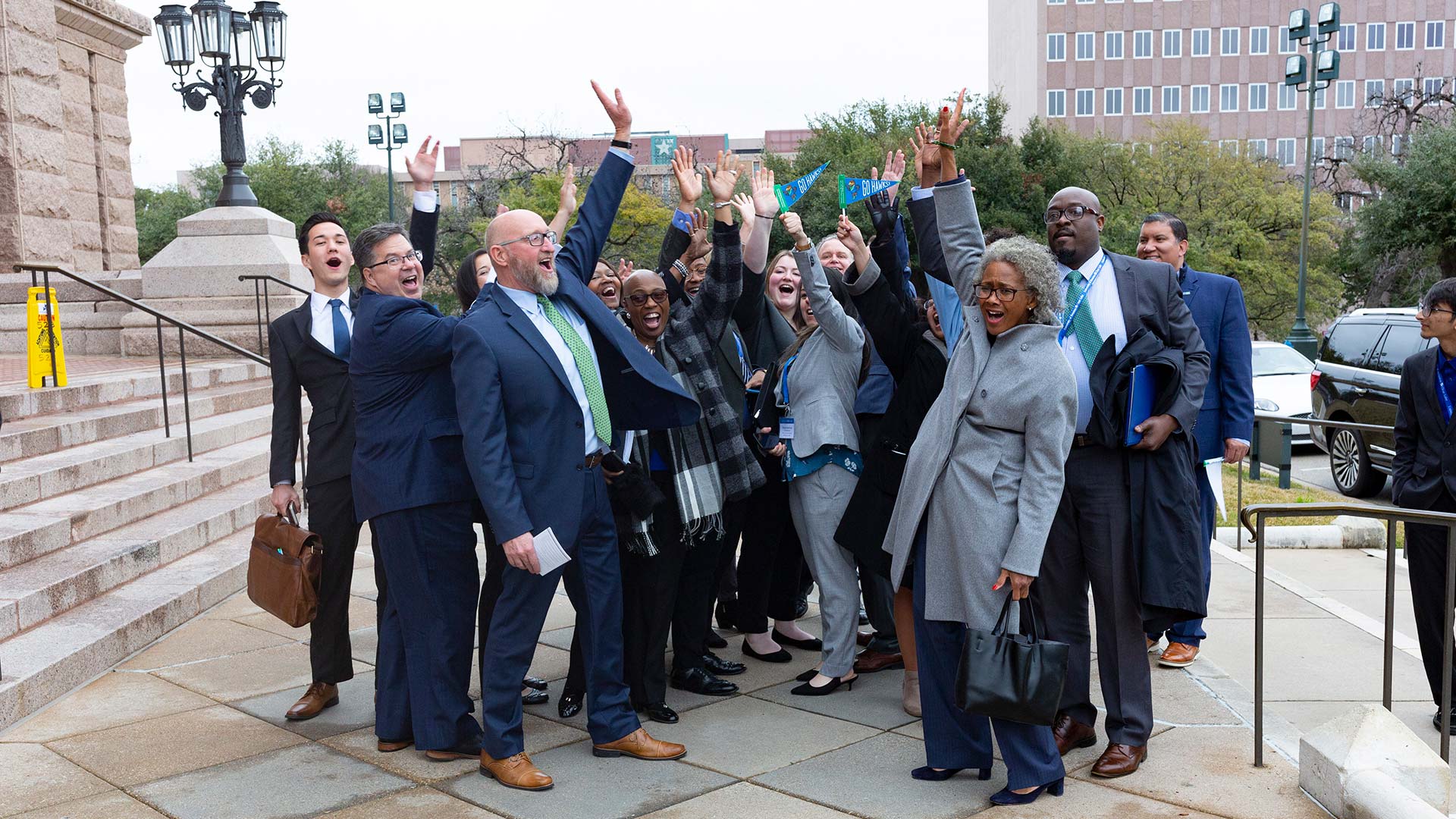 Approximately 20 University of Houston-Clear Lake administrators, professors, alumni, students and staff members traveled to Austin to attend UH-Clear Lake Day at the Texas Capitol on Feb. 19. Beginning with a meeting with District 129 Rep. Dennis Paul, the group walked through the Capitol and watched the Texas House of Representatives from the House gallery, where Feb. 19, 2019 was declared UHCL Day.

Key points of advocacy include the restoration of funds cut during the second legislative session for UHCL’s downward expansion and for the Center for Autism and Developmental Disabilities, as well as additional funding for UHCL’s Environmental Institute of Houston.

Paul, who said he has numerous family ties to UHCL, said that students, faculty and alumni should participate as much as possible in their university’s Day at the Capitol. “This is the people’s building,” he said. “Everyone should participate and be heard. You should come and talk about what’s important to you.”

He added that he thought the campus was a beautiful place to learn and offered a great value for the tuition. “It’s a wonderful place to be,” he said.

“Our legislators have done so much on our behalf and we appreciate you,” said UHCL President Ira K. Blake. “Because you advocated for us, there are two beautiful new buildings on the UHCL campus and another in Pearland. You’ve done phenomenal work.” 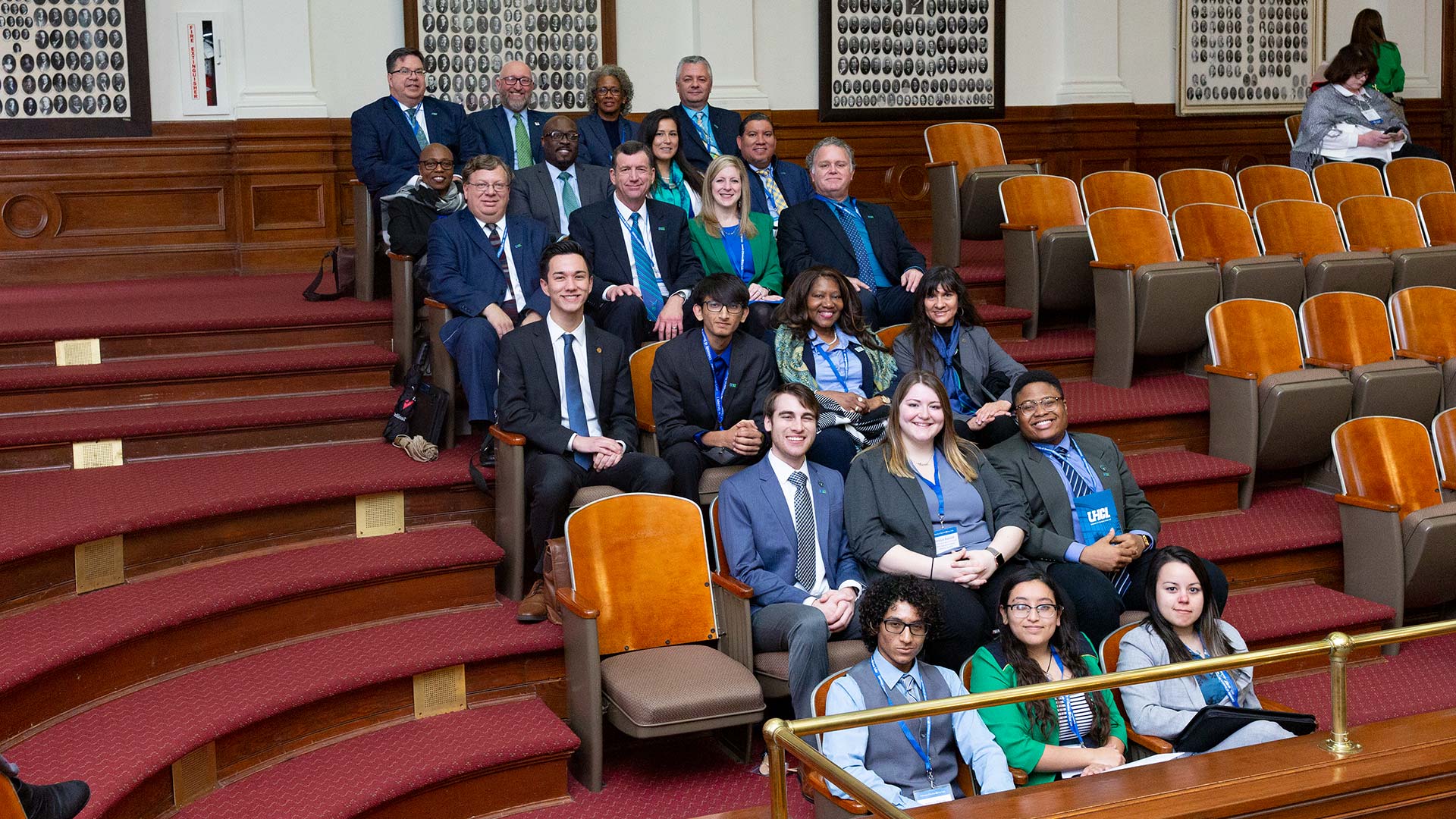 UHCL Student Government Association Vice President of Outreach and Communication Jessica Kunzat said that she would like to talk to Rep. Paul about the restoration of funds for UHCL’s downward expansion. “Our funds were cut, and we would like to get more money so that we can get more underclassmen,” she said. “I have been at UHCL all four years. I want other freshmen to have the same experience I did.”

Senior Tyler Baggerley, who is UHCL SGA vice president of administration, said he would like to talk about increasing the university’s funding to help promote student engagement in campus organizations. “I’d like more funds to increase student involvement in organizations because I think that’s such an important part of college,” he said.

Andrew Z. Teoh, a undergraduate University of Houston business student who was appointed student regent of the UH System Board of Regents by Gov. Greg Abbott in 2018 and will serve through May 31, 2019, was among the students representing UHCL.

Vice President of Administration and Finance Mark Denney told Bonnen that with the opening of UHCL’s new STEM and Classroom Building, enrollment in undergraduate STEM majors had grown in double digits. “We are asking our legislators to support our growth in STEM,” Denney said. “Students who graduate with a STEM degree generally stay in our area and keep their expertise in our community. The funding to support our downward expansion was cut by 30 percent, which has been a strain on our resources and we need more support.”