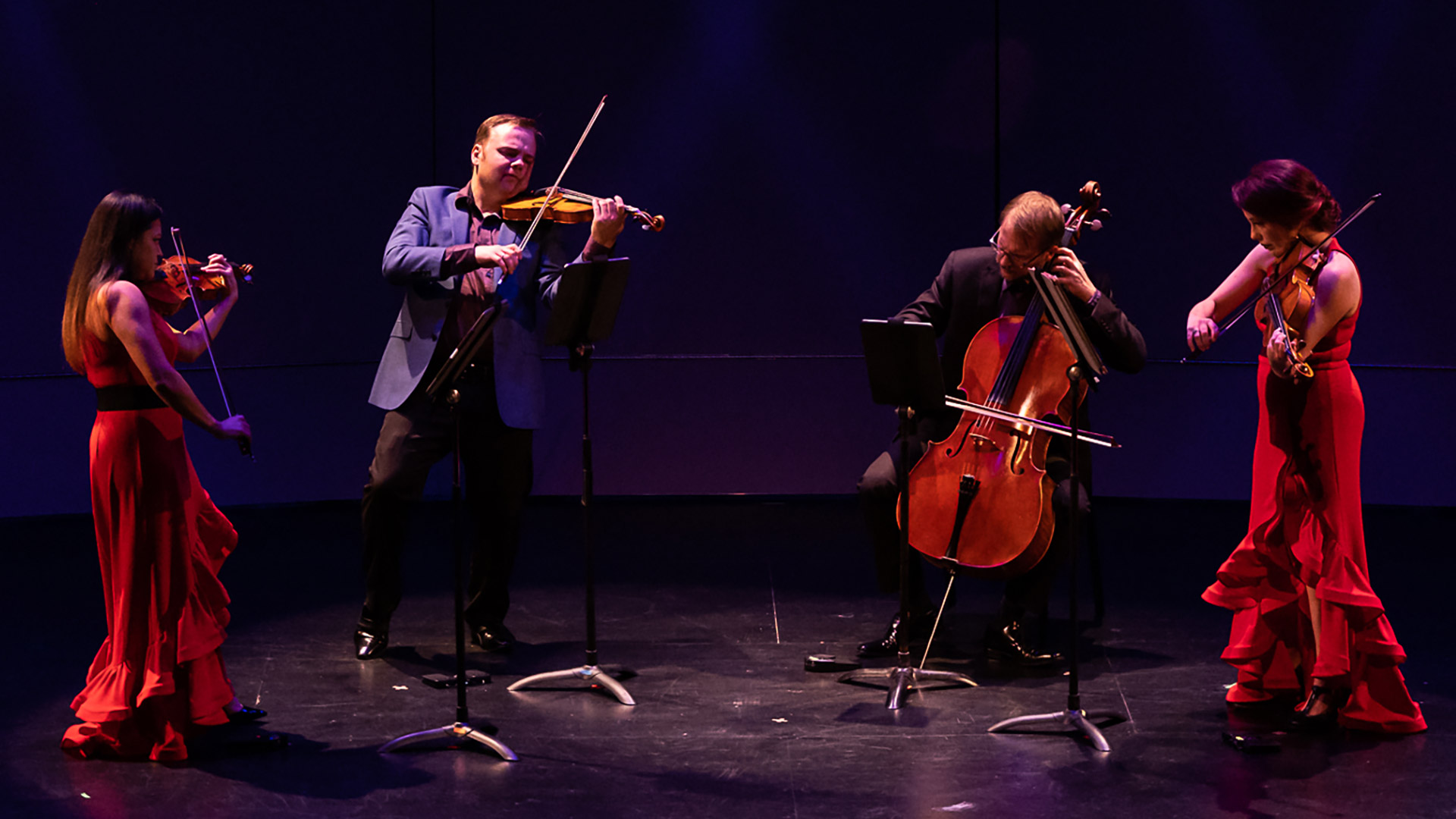 The Apollo Chamber Players are marking the opening of their 15th season with a performance entitled “Silk Threads” on Friday, Sept. 9 at 7:30 p.m. at the Bayou Theater at University of Houston-Clear Lake.

“This new season is called ‘Connective Harmony,’ is inspired by our overarching themes of unity, wholeness, and musical interconnectedness that can bridge political divides,” said Matthew Detrick, Apollo’s artistic and executive director. “The performance reflects Apollo’s journey on a multicultural ‘silk road,’ highlighting the interconnectedness of cultures.”

The reference to silk roads, Detrick explained, is to the ancient trade routes that linked the Western world with the Middle East and Asia.

Detrick said Apollo had a new commission for a string quartet with an organ, composed by Wang Jie, a Chinese-born American musician who will perform “four hands” on the same keyboard with acclaimed Houston organist Daryl Robinson.

“Wang Jie is a composer and storyteller, and whatever she writes reflects her personality and her cultural background,” he said. “The piece is called ‘The Night When You See Again,’ and its theme is about redemption and coming out of the darkness to the light.”

He said that some composers embrace their culture and bring it out in their music more than others. “Apollo has been trying to cultivate this for 15 years; bringing music that connects people through culture,” he explained.

The night is hosted and moderated by Wang Jie’s husband Fred Child, the host of Performance Today on American Public Media, and the announcer and commentator for PBS’s “Live from Lincoln Center.”

Detrick said that Apollo would also be performing “Returning Souls,” by Taiwanese composer Shih-Hui Chen, who write the piece while visiting Taiwan. “It’s about culture, religious beliefs, and clan rivalries,” he said. “It’s an interesting juxtaposition with the Chinese element of the night’s performance. The conflict in China and Taiwan are very much in the news, and world events can illuminate a program in different way.”

To purchase tickets, or for more information about upcoming events at the Bayou Theater at UH-Clear Lake, go online.