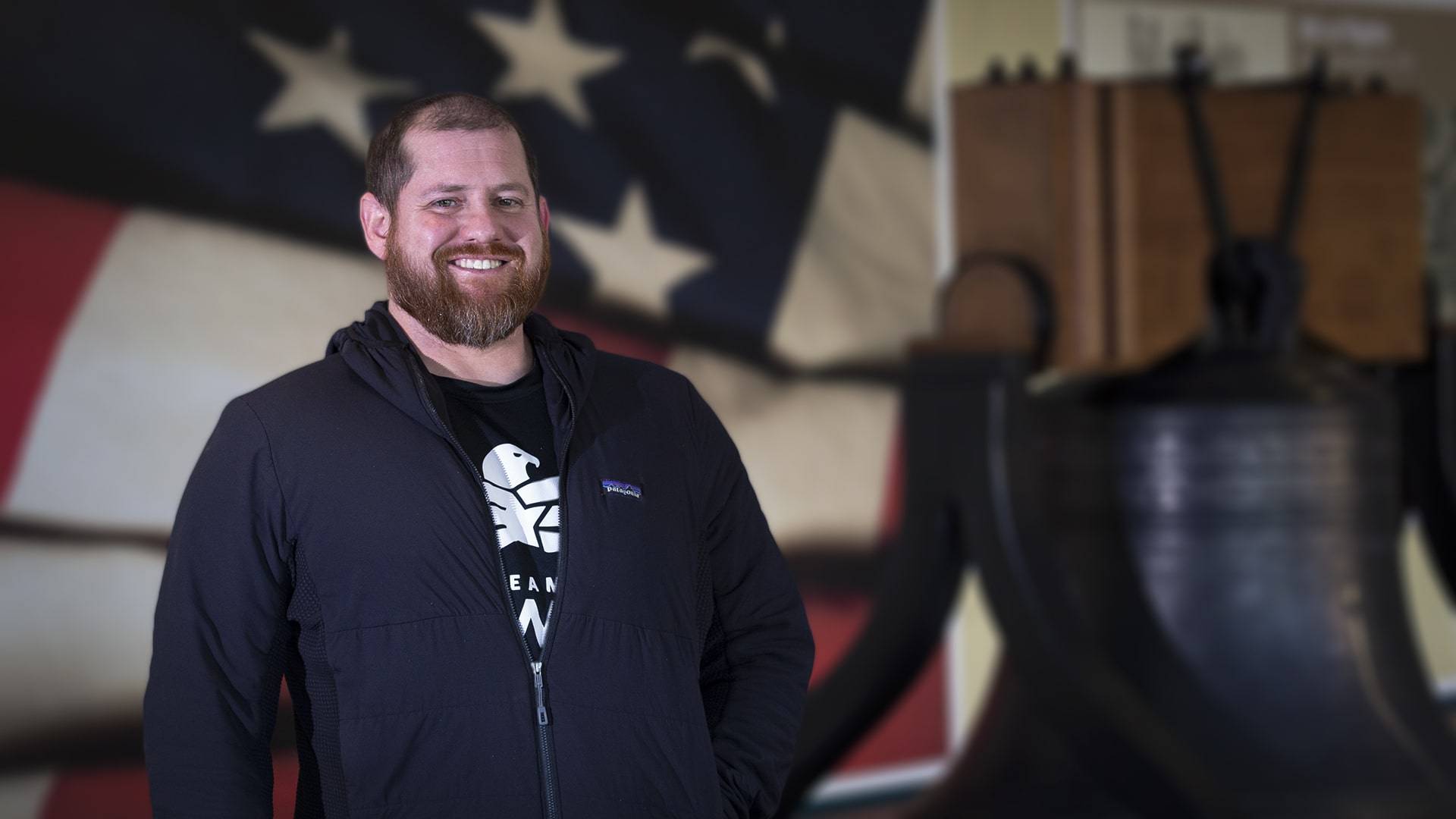 When Steve Eggleston first began attending college in California in 1999, he soon realized it wasn’t for him. Eggleston, a post-baccalaureate Environmental Science student at University of Houston-Clear Lake, had always wanted to join the military, so he dropped out and began speaking to an Army recruiter. But due to a medical condition, he had to apply for a medical waiver and was told it might take up to two years for the Army to process his request to join.

Eggleston didn’t know what to do for that time, so he returned to school, even though things weren’t going well. But he wanted to end his college career on a high note, so he worked hard and finished his last semester on the Dean’s List in 2001. He was still hoping his medical waiver would come through, when the terrible events of Sept. 11, 2001 took place.

“I went to my recruiter’s office and he said he would bet my medical waiver would be coming through, and the next day I got it,” Eggleston said. “I left for basic training in Fort Benning, Georgia on Jan. 2, 2002.”

He completed his basic training and job training at once, going to U.S. Army Airborne School, also located at Fort Benning and finished in May 2002. “The events of Sept. 11 made me go from really wanting to be in the service to feeling that I absolutely needed to do this,” he said. “I was so concerned that my medical waiver wouldn’t come through because I knew I had to be part of this 9/11 effort.”

After he finished his airborne school training, he got 30 days’ leave, returned home and at Starbuck’s, met the woman who would later become his wife. “I stayed in touch with her while I left for Fort Bragg with the 82nd Airborne Division, where I was assigned to the 1st Battalion 505th Parachute Infantry Regiment,” he said. “I was told this unit would be in Afghanistan in three weeks.”

He spent seven months all over Afghanistan and returned to Fort Bragg in March 2003. “The 82nd Airborne deploys often all over the world, so I was deployed to Iraq in August 2003, for nine months,” he said. After returning from Iraq in May 2004, he was promoted to sergeant on the condition he would attend Ranger School.

“Ranger School was a major dream of mine when I started looking at the military,” he said. “It was one of my goals when I enlisted. When I graduated in October 2004, that was a really important milestone for me.”

After leaving the Army in January 2006, he moved in with his girlfriend and used his GI Bill funds to continue his education. After marrying, he and his wife moved to San Antonio where he decided to attend college to become a registered nurse. “I graduated in 2012 and became a nurse and worked in primary care, intensive care and emergency departments,” he said. “After my wife got a job opportunity in Houston, we moved and I decided to get my degree in environmental sciences. I looked at a lot of different universities in the region and UH-Clear Lake was the best fit. I didn’t apply anywhere else.”

Eggleston said he was going to school full-time and not working in nursing. “I enjoyed what I did, but in my heart, I wanted to be more of a scientist,” he said. “Nurses are scientists, but in a different way. I am interested in research science. I care about the environment and the planet. I love to teach and to instruct and talk to people, and I feel through academic research, I could do all of these things.”

He said he liked being a student and had a passion for learning. “I especially love my science classes,” he said. “I’m lucky I’m able to be in school full time. My UHCL experience has been great and even though I still have at least two more years ahead of me, I have all my science classes to look forward to.”