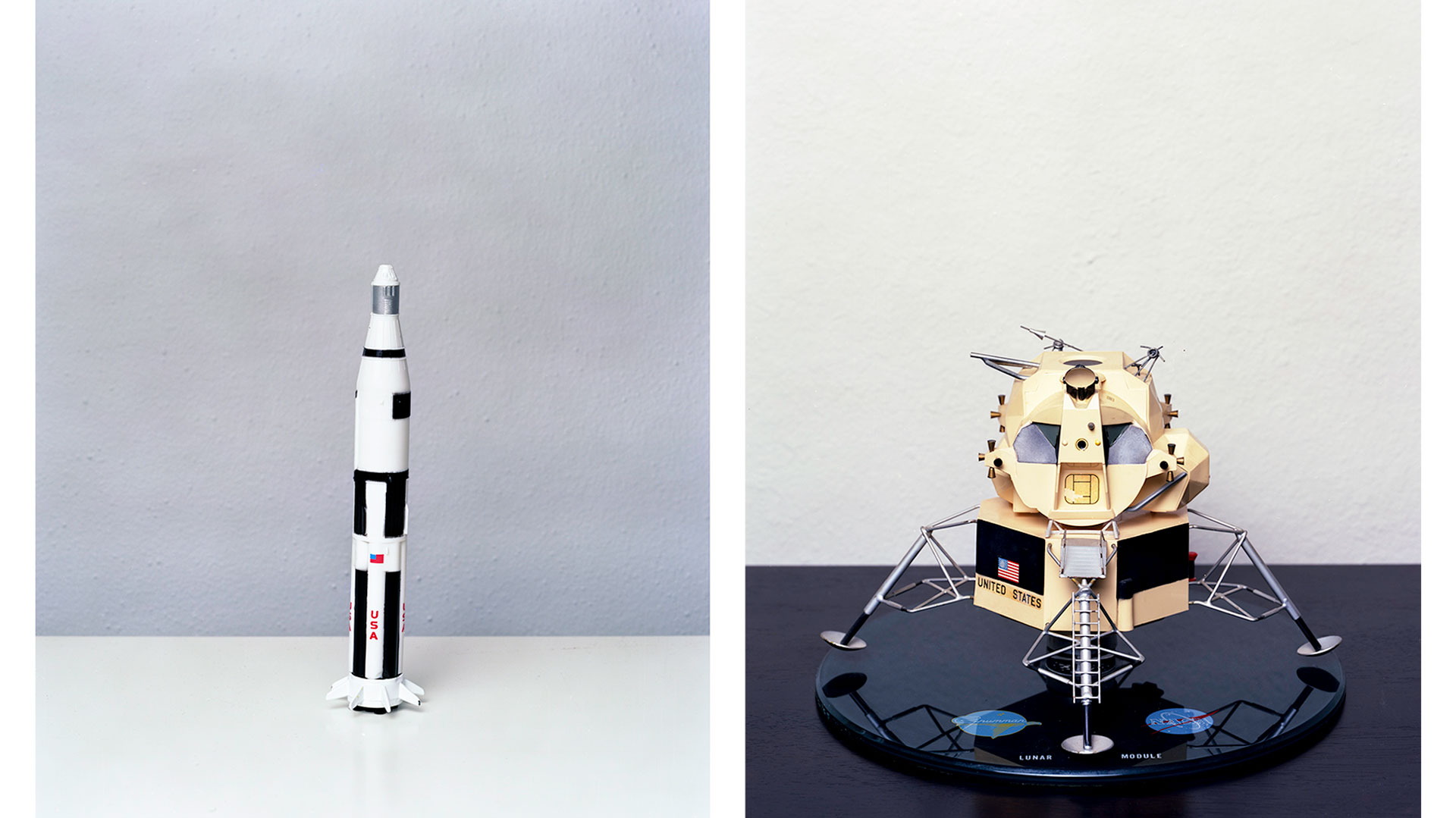 Kristy Peet, a professor of visual arts at College of the Mainland in Texas City, said she frequently submits her works to art exhibitions because she believes that being a practicing artist is essential for teaching art. That’s why she submitted her work to the Community College Faculty Arts Show at University of Houston-Clear Lake’s Art Gallery, opening May 23.

“I teach photography and I generally do large-format film photography in a studio,” she said. “I’m interested in interpersonal psychology, and the series that I usually work on are based on some sort of psychology, like what it’s like to be an introvert or relationship dynamics.”

Peet’s current project centers on people and the objects that they choose to live with. “I ask each participant to choose objects that are important to them. I put the objects together based on the common characteristics of the owner,” she said. “The idea is to highlight the fact that people have more in common than they might think. I’m interested in playing with the stereotypes people might hold.”

She said she takes photos only of the objects themselves on a table surface, against a blank wall. The owner of the object is not included.

Peet submitted five pieces to the exhibition and said one of her favorites is called “Objects that belong to a 4-year-old and a 65-year-old that live in Space City” because UH-Clear Lake is so close to NASA. “One is a toy rocket ship next to a scale model of the lunar landing module made by NASA,” Peet said.

Another piece is five images in a row, all owned by artists who consider themselves realists. “When I go to people’s houses, I ask them to fill out a questionnaire,” she said. “One of the questions is, ‘Are you a realist or a dreamer?’ The objects in this piece are a fancy candelabra, a telephone from the 1970s, a stack of Fiestaware bowls, a little ceramic vase and a sculpture made of beads.” The title of this piece is aptly named “Objects Owned by Artists who Consider Themselves Realists.”

One of her more personal submissions, Peet said, shows three objects that are special to her family. “This grid shows a very old typewriter, a soup serving bowl in the shape of a cabbage, and a two-tiered tea sandwich tray,” she said. “This one is titled, ‘Objects Formerly Owned by my Deceased Grandparents and Currently Owned by my Mom and her Siblings.’ The fun part is finding ways in which these random objects connect.”

Peet said the idea for these projects evolved over time. “I bought a house about three years ago, which was a big life step. I wanted to make a body of work about that,” she said. “Initially, I focused a lot on the space of the house itself. One of the things I liked about it was the pink bathroom tile—it looks very dated but I really liked it. I wanted the house to be the most important element in the series, but as I worked on it there were fewer houses that had architectural details that people were into, but everyone had objects they thought were important.”

This, she said, is why she changed her focus from photographing spaces to objects.“I believe you can’t stay current in the art world unless you’re getting feedback and having your work in exhibitions,” she said.

The College Faculty Art Exhibition runs through July 11. Professors of art from Alvin Community College and Galveston College will also be exhibiting their works. For more information about UHCL’s Art Gallery, visit www.uhcl.edu/art-gallery.