'Be Someone' overpass graffiti artist featured at UHCL Art Gallery 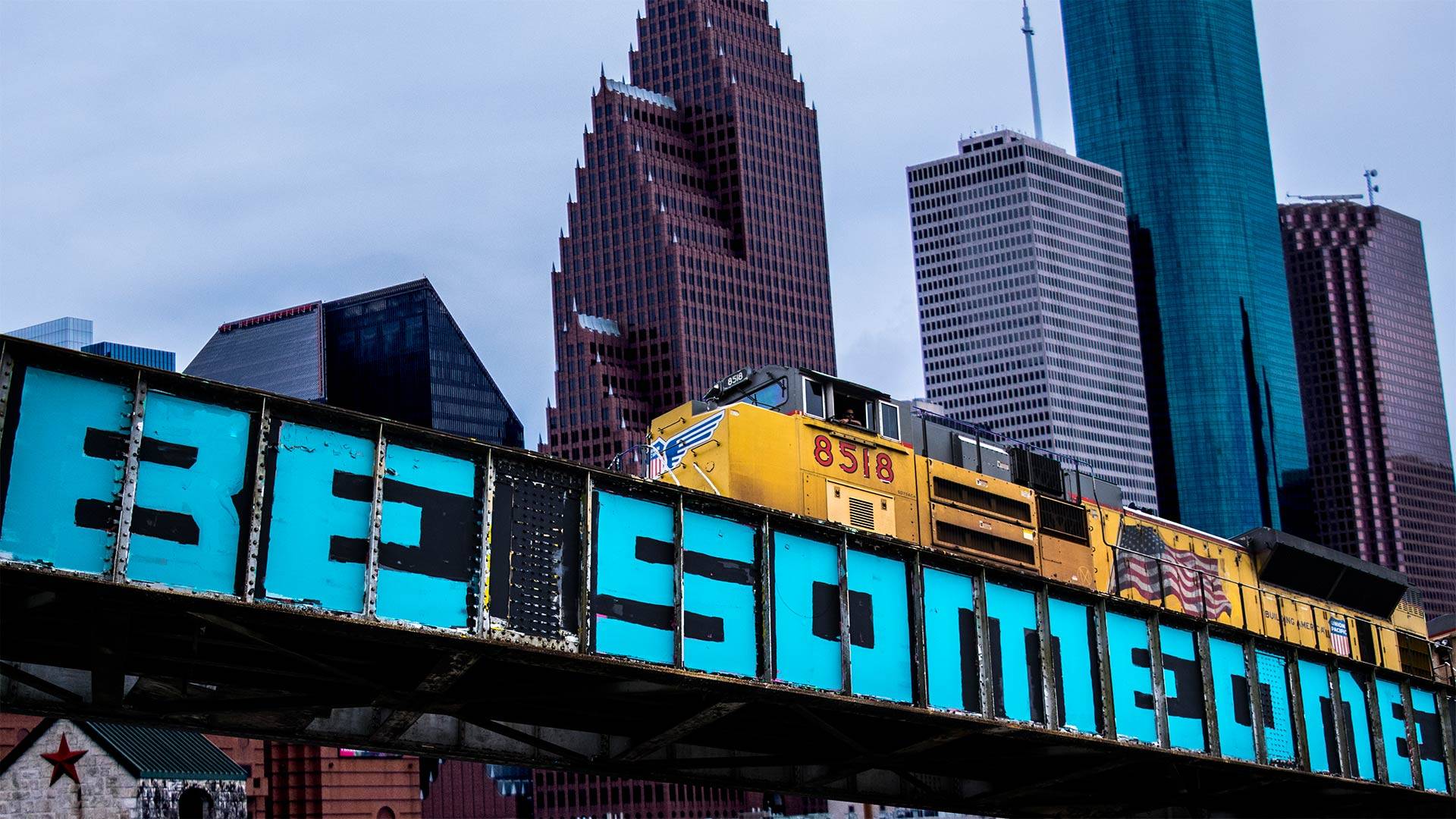 For someone who wishes to remain anonymous, the "Be Someone" bridge graffiti artist, whose work has become a well-known Houston landmark, would like to make sure his message is heard by as many people as possible.

In an interview the artist gave UH-Clear Lake's student newspaper The Signal, in 2017, he said his first piece of overpass graffiti art was created in 2012 on a Union Pacific Bridge over I-45. It was defaced numerous times, but he always repainted it.

He explained that his "Be Someone" message was about people finding their true selves. "Because once you find you, you can spread as much of you to the world as you can. That's how I do it," he said.

"As soon as I found myself, I was able to understand who I was, understand what I can do, understand where I can go and understand how I can help, or in what way I can put my two cents into the world," he continued. "And I decided to do it with art. With art, graffiti and the whole 'Be Someone' movement."

He said he'd begun as a graffiti artist just writing things that didn't mean anything in particular to anybody, like "BLOB."

"So, one time, I was like, man, if I'm really going to be writing something up there, I want people to appreciate it and read and figure out what they want to do in life because I was in a time where I was trying to figure out what I want to do," he said.

"And, you know, it's an ongoing thing. So just falling back into that phrase, fall back into the movement, it helps you capture yourself, it helps you find a way to evolve as a person and do what you can do for the community," he explained. "Because it's an ongoing thing. It's not just that and that's it; it's universal; it's broad. You figure out how you want to use that."

The artist said he has graphic T-shirts for sale in the Art Gallery, and he can be followed on Instagram.

For more information about events at the UHCL Art Gallery, go online.