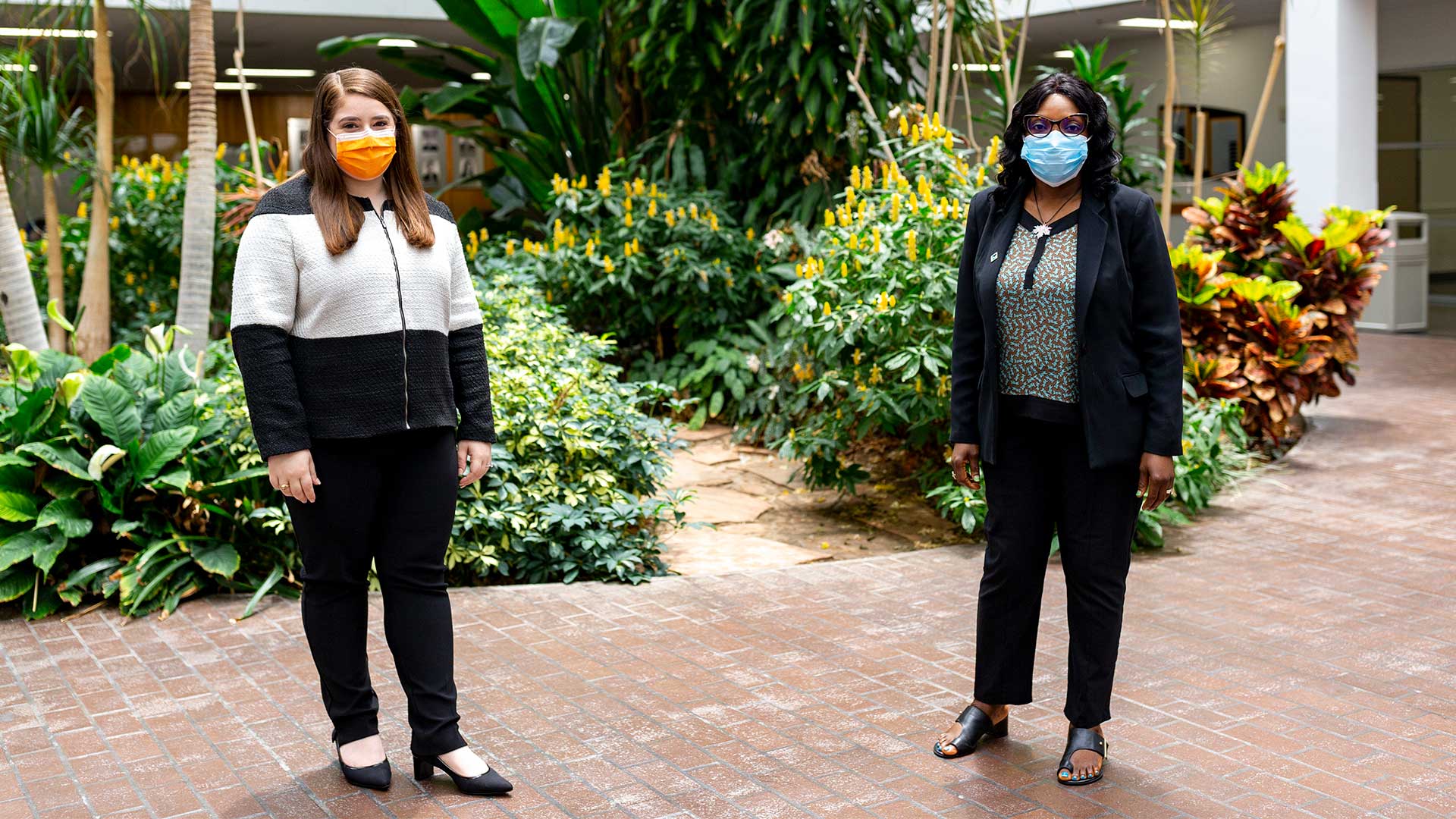 Sarah Horwitz (left) said that with the guidance of Professor Femi Ayadi, her experience in the case competition was invaluable and was exactly what she would be doing as a future healthcare administrator.

"We had five students in this competition, and the case study was to develop a business strategy for UT Physicians that incorporates adult telehealth visits into family practice over the next five years," said Professor of Business Femi Ayadi, who is the team's faculty adviser. "There were 10 teams competing from seven universities, and not all of them were in-state. Ours was the only Texas university in the top four — that's because we know Houston better than anyone!"

Team member Sarah Horwitz, who is working toward her Master of Healthcare Administration/Master of Business Administration, said the competition was significant because it was hosted by a local university, with a focus on the permanent implementation of telehealth.

"We were tasked with creating a long-term business plan to permanently implement telehealth at the UT Physicians Family Practice Bayshore, and my role was to turn the team's research into a visually compelling story that we pitched to the judges," she said.

"Quite literally, this is what healthcare administrators do every day — look at a problem, look at the market, and figure out how to operationalize a goal or vision in that market," she said. "Telehealth is something healthcare administrators are doing to further their organizations' outreach in the community, so it's very much practical learning for what I'll be doing after my degree."

Ayadi said that students' participation in a case study competition is a huge learning curve, but a great learning experience. "It's like having a Capstone project in two weeks," she said. "It's an overarching opportunity to pull all the things they learned in class and solve a problem. Every student is changed. Solving these problems are what healthcare administrators do."

Other students on the team were Vishal Raizada, Celina Tamez, Stephanie Katzenmeier, and Garrett Leach, who divided the $5000 prize.

"We've won a monetary prize, but the networking and the learning experience we had in the competition is the real win," Horwitz said.