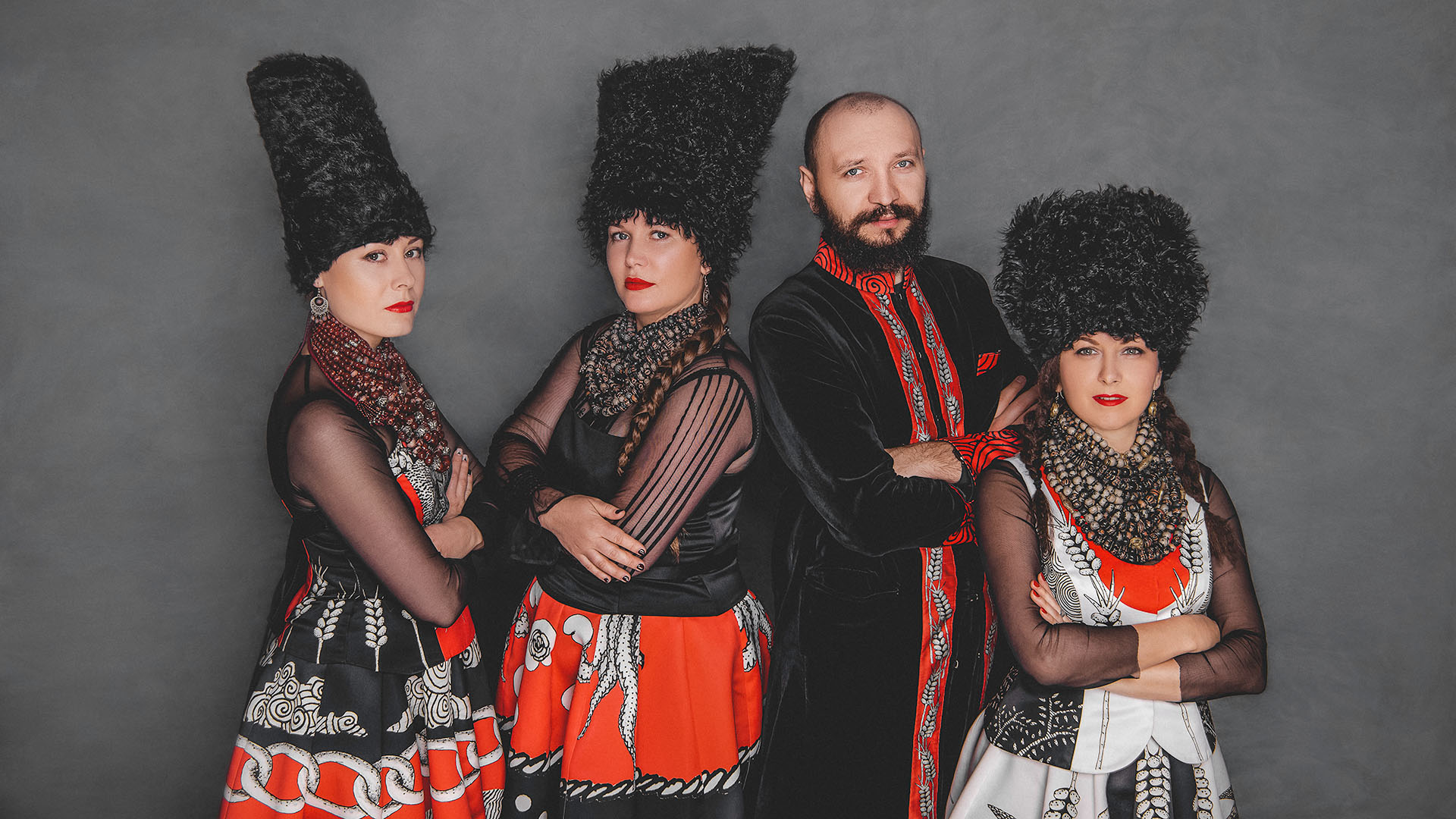 The group has performed internationally and has released four albums. Technically, they may be a group of folk musicians who wear traditional Ukrainian costumes, but their performance is anything but old fashioned.

Dakha Brakha, which means “give and take” in Ukrainian, was created in 2004 by the group’s avant-garde theater director and founder, Vladyslav Troitskyi. Their shows are always marked by scenic effects, punctuated with sounds from a plethora of instruments unique to American audiences, including the darbuka, an hourglass-shaped drum; a zgaleyka, a type of hornpipe; and the tabla, a North Indian percussion instrument.

They take the stage, with the three women spotlighting their signature “kovpak” hats, in sharp contrast to the bare head of Marko Halanevych, the group’s lone male. He wears a cape backlit by the multihued projection work that accompanies the songs—the theatrical mark of Troitskyi.

The group introduces itself as people “from a free Ukraine,” reminding the audience that the event goes beyond simply an evening of music. In conjunction with the performance, UH-Clear Lake’s Diplomacy Institute is bringing a temporary photo exhibition organized by the Right to Peace Foundation, spotlighting the humanitarian tragedy brought about by the current conflict in Ukraine. The photos will be exhibited outside the Neumann Library in the cultural arts exhibition space the same evening.