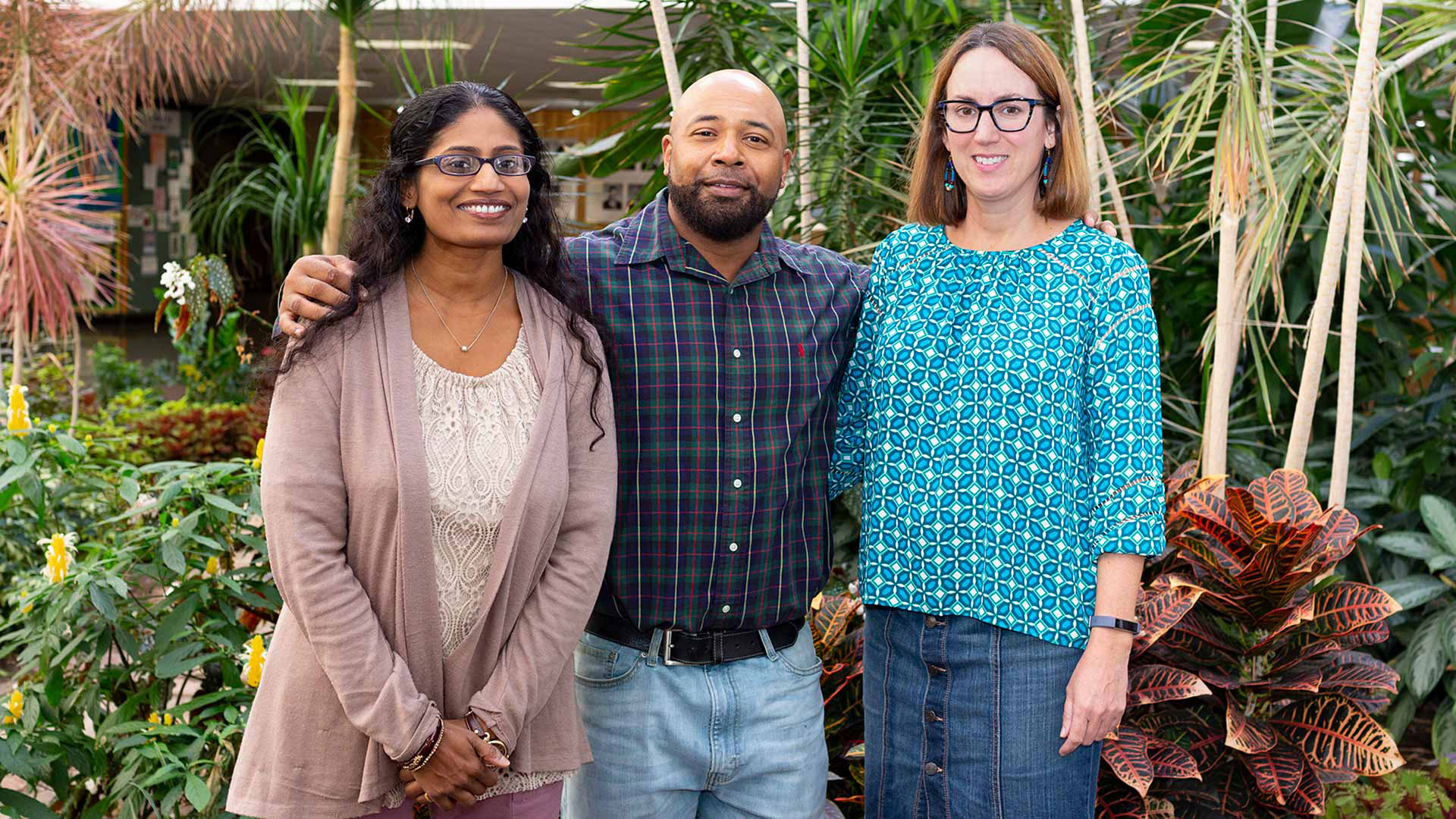 Although Christopher Montez spent many years of his life incarcerated, he decided not to let his past define his future and began working on completing his education. He is currently completing the master’s degree in humanities that he began in University of Houston-Clear Lake’s Academics for Offenders program, which offers classes through the Texas Department of Criminal Justice at the W.F. Ramsey Unit in Rosharon, Texas.

“I got my G.E.D. from West Texas Community College and my associate’s degree from Trinity Valley Community College while I was incarcerated,” Montez said. “I graduated with my bachelor’s in behavioral science from UH-Clear Lake in 2011 while at Ramsey, and started my master’s in humanities. I was released in January 2017 and I’m doing my last class, Global Humanities II. I will graduate in December.”

He said he made the decision to get his education in order to find the key to reclaiming himself. “I wanted to empower myself, reach whatever I wanted, and make better decisions,” he said. “My life was a train wreck.”

Trying to get educated while in prison is not easy, Montez said. “There are a lot of distractions. But I felt like I was there for a reason, and I had to find my purpose. I did a lot of out-of-class reading; taught myself Spanish and that helped me become conscious of others’ values. I had learned trades in previous years in prison, but I wanted to get a formal education.”

Finding extra storage for books is an issue for student inmates. “There’s a lot of friction,” he said. “Others find out you’re in college, they make it hard on you. You can’t study. There’s constant noise. But (Associate Professor of Humanities) Shreerekha Subramanian educates you and holds you accountable. With her, you better have your stuff in order.”

He credits Subramanian, who is chairing his Capstone, as well as Assistant Professor of Art History Sarah Costello with helping him successfully complete his education. “Dr. Costello explains things and puts you right there in the moment,” he said.

“Chris is an unforgettable student, one whose journey leaves an imprint and inspiration for all who know him,” Subramanian said. “Even while at Ramsey, I was struck by his keen intellect, quiet reflective manner, and sensitive and sharp critique of the everyday. Despite all the many struggles Chris faced since his release, he has overcome them all with his deliberate and dedicated labors and continues to strive for success.”

She added that his responsibilities to family and community were many. “And yet, he perseveres, attends classes, and is almost at the culmination of earning his master’s degree,” she said. “Next month, when he strides across that stage in his cap and gown, the faculty will hold our heads a bit higher, our hearts brimming with pride.  We know that hard-won achievement will be his alone to claim.”

“Chris is a very dedicated, intuitive person,” Costello said. “He listens carefully and reflects on new ideas and experiences with the wide range of his own life’s challenges informing him. I am hopeful that in addition to building his construction business, he will pursue his other dream of counseling young people I believe his degrees and the wider world views he gained in achieving them will help him realize his goals.”

While working on his degree in behavioral science, Montez said he began learning about the psychology of himself and his environment. “I started to gain mastery of myself,” he said. “I always felt my world was out of order. Now that I have an education, I understand. Violence is barbaric. I didn’t realize I had become like that, but I learned to think things through, look at the big picture, and appreciate people as resources. Everyone has something to offer.”

Now working as a general contractor, Montez said he is able to build houses from the ground up. “I wish I had someone to direct me toward architecture earlier in my life, but I had so many problems, school was secondary,” he said. “I just want to offer others effective advice.” As the father of a 27-year-old daughter, Montez said, “I just want to become a decent person who she would be glad to call her father.”

Montez said that he paid the majority of all of his education out of pocket, but received some loans for his education through the Texas Department of Corrections. “I make payments on that loan every month,” he said.

When he gets his degree in December, Montez said, he’ll be able to say, “This is the next Christopher Montez. I would like to speak to youth in detention centers and try to empower the younger generation,” he said. “There’s a segment of the public that feels left out. We come in at different social levels, but I don’t feel sorry for myself. Every day I tell myself, I need to get better and make progress.”