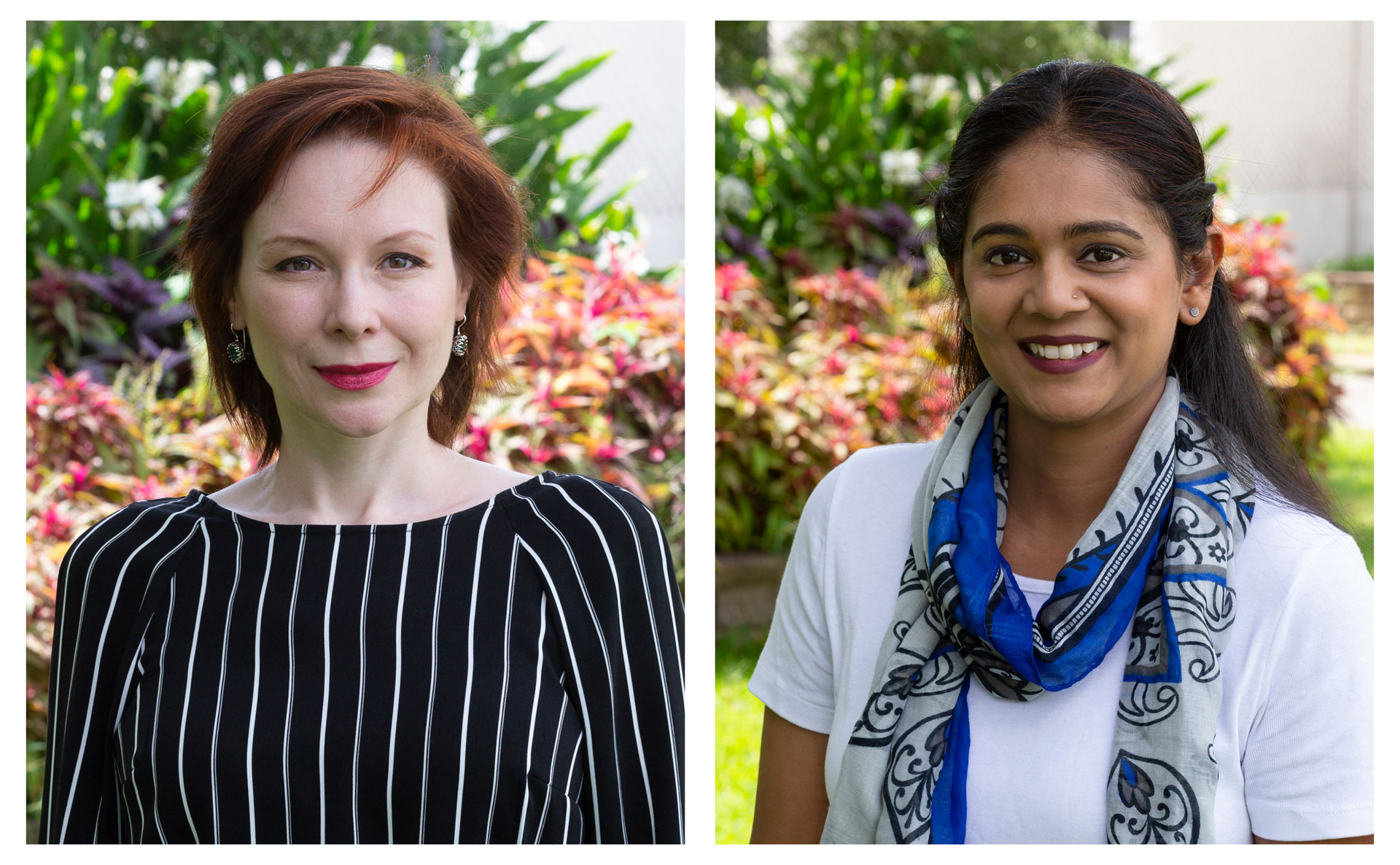 As University of Houston-Clear Lake’s autism telehealth program reaches more countries globally, Research Associate Loukia Tsami, who spends her workday providing telehealth services to families of children with autism as part of a grant-funded project, realized she needed interpreters to help her communicate with her clients.

“Ninety-seven percent of the families we serve don’t speak English; interpreters help us break the language barrier and facilitate communication,” Tsami said. “Moreover, all interpreters are aware of the culture, values and beliefs of the participant families as most of them are raised in these countries and still have strong family connections.”

Tsami, a licensed and board certified behavior analyst, teaches parents to implement behavioral treatments with their children. The focus of the child’s treatment is on reducing problem behavior, such as aggression and tantrums, and increasing communication skills. However, since UHCL’s Center for Autism and Developmental Disabilities telehealth services now reaches over 14 countries, finding interpreters to facilitate the process has become a priority. Enter Maria Quadri, a native-born Pakistani and Urdu speaker, and Irina Shutts, who came to the United States 20 years ago from Russia. Both work with Tsami, who observes her clients’ children by establishing a two-way interactive video connection between her computer and the clients’ device.

Quadri, who graduated from UH-Clear Lake with her master’s in counseling in December 2017, said she found the opportunity to be an interpreter when she looked up student organizations at UHCL. “I ran across Loukia’s posting on Facebook asking for a Pakistani interpreter and thought this would be perfect.”

After Tsami conducted a training session with her, Quadri found herself in the midst of a video link-up from her home in Pearland with a client in Karachi, Pakistan. “I introduced myself in the video call, stated my purpose and then just translated for the mother,” Quadri said. “She had a 6-year-old son with autism spectrum disorder.”

Quadri said that Tsami’s method is to observe the parents interacting with their children in different situations so that they can identify, evaluate, and treat problem behavior. “The mother was immune to some of the behaviors her child was exhibiting, and didn’t know how it played into the total problem,” she said. “In the video, Loukia could see what was going on, and with me translating, the mother was able to understand the complete picture of how to address her child’s behavior.”

After two months of weekly sessions, Quadri said the child showed great improvements. “The mom thought it would never work, but it did,” she said. “Once we figured out the proper interventions, things got a lot better.”

Shutts said she had heard about UHCL’s autism center and met Tsami through the LoneStar LEND training program, which educates professionals, parents and students to self-advocate and become leaders in the field of ASD. “Loukia told me she could use a Russian interpreter because she was doing international behavior analysis,” Shutts said. “I’ve been working with her for about a year and I have interpreted for two families in Russia and Ukraine, one with a 5-year-old daughter and the other with a 7-year-old son with ASD.”

She said that in the beginning, the parents did not trust them and didn’t believe they could get any meaningful help for free. “It only took a few sessions and they were all on board,” she said. “With the uptick of ASD cases in Russia and the republics, there is a lot of misinformation and unproven therapies. Most speech and occupational therapists are not prepared to work with children with autism, and in Russia, there is a serious lack of qualified behavior analysts.”

Quadri said that in Pakistan, awareness of ASD is virtually nonexistent. “Most of the time, children with ASD are kept at home due to their behavior issues,” she said. “There is no special curriculum for kids, and no resources in Pakistan. Some people think their child is possessed and try to pray it away.”

Through her work with Tsami, Quadri, who’s now a Licensed Professional Counselor intern, said she has gained so much. “I work with clients with ASD now as a therapist, and I understand so much more about how to work with them,” she said.

Shutts said that to her, all the children with ASD are her children. “Russia is very behind and there’s no place to turn with your children,” she said. “Both the children I was working with were non-communicative and after their sessions, they learned basic communication. It’s very personal for me and I love doing this work.”

She said that when she lived in Russia, she never saw any children with autism – likely because they were kept behind closed doors or institutionalized. “Parents are getting back the hope that their children might have a chance to live and participate in society, instead of being institutionalized,” she said. “I’m personally committed to be an advocate for affected children and their parents, no matter where they live.”

For more information about UHCL’s autism telehealth services or the Center for Autism and Developmental Disabilities, visit www.uhcl.edu/autism-center.