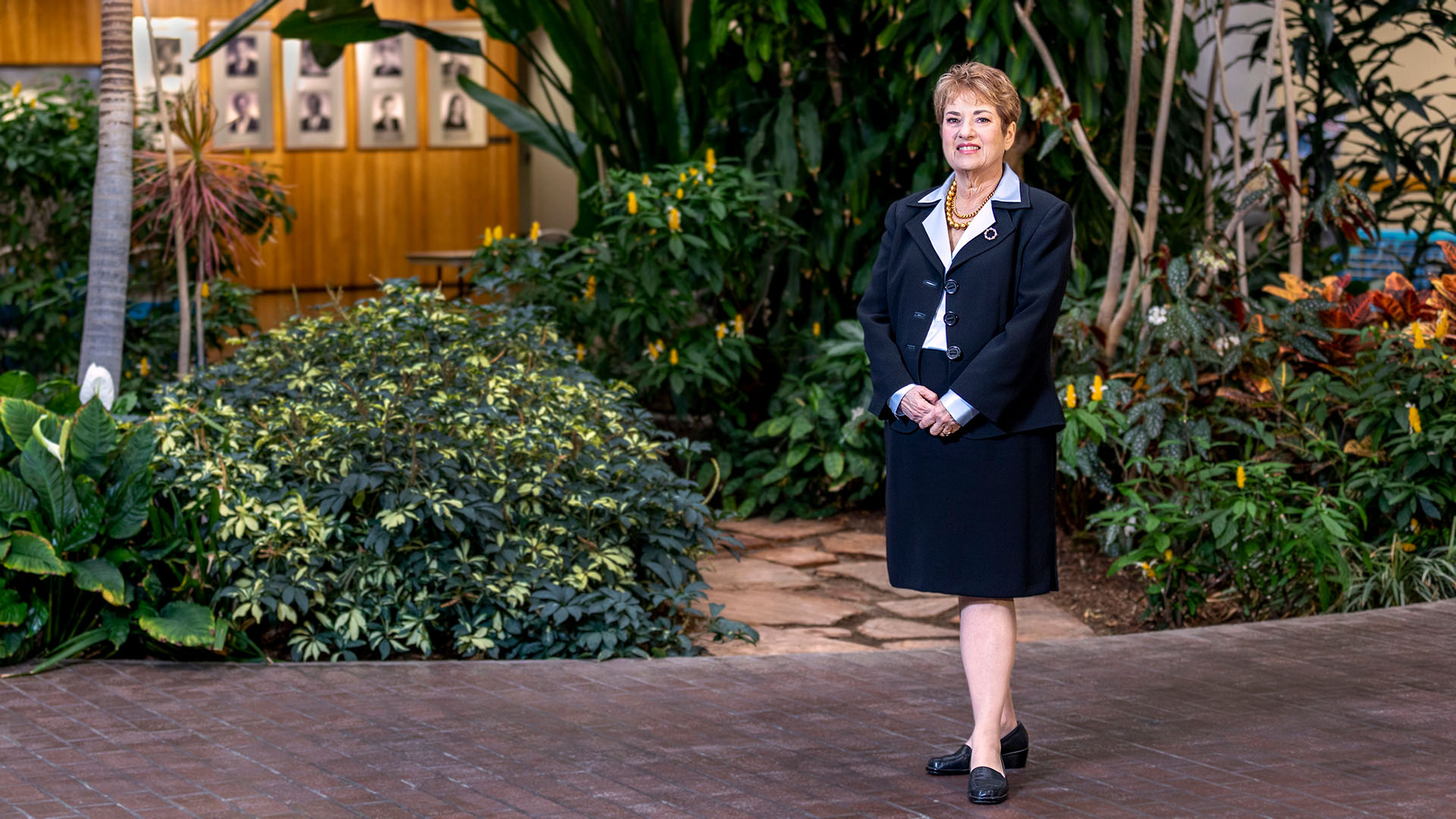 Sherry Hawn has joined the University of Houston-Clear Lake leadership team as the new associate vice president for Business Operations. Hawn, a native New Yorker with five graduate degrees across multiple disciplines, describes herself as endlessly curious and a "mascot for adult learning."

"Through trial and error, this became my career choice," Hawn said. "I started out in the humanities, but as my career evolved, I realized I was analytical. I didn't know that about myself. I wanted to drill down for more answers. That curiosity became an MBA, a law degree, a CPA license, and the rest."

A first-generation college student, Hawn said she'd begun her professional life as a teacher in the New York City public school system, but found it wasn't the right fit for her. "I was told I couldn't transition from teaching to another kind of job. I thought that was ridiculous, so I asked myself what I wanted. And the answer was, I wanted to be challenged."

She answered an ad to sell postage machines for a job she badly wanted, but didn't get. "Instead, I got another job in that company and that's how I switched from teaching to business. Ultimately, I was hired by AT&T, and then bridged to nonprofit higher education," she said.

Still, she said it took her a long time to develop as a professional because she still didn't know what she truly wanted to do. "But, I'm not afraid," she said. "Stubbornness and gumption are my trademarks."

That's why she began law school in her 40s, although she was unsure if and when she could pass the bar exam. "It was the same when I took the CPA exam," she said. "I passed both of them on the first attempt, even though I was convinced I didn't pass them."

She said that throughout the twists and turns of her academic and career journey, she's finally realized what she wants most. "My whole joy is to reduce complexities into something understandable," she said. "I believe every work product that is created through me needs to have a customer focus. It's about illuminating an uninformed person so they don't struggle. This is an institution of higher education. Volumes of words aren't always effective, so if there's a way to simplify things, that's the extra that I bring."

Throughout her career, Hawn has been the vice president and comptroller of a retirement community in Arizona, the chief financial officer of North Country Community College, Metropolitan College, and Essex County College in New York, and as a chief administrator in the Division of Contracts and Purchasing in the New York City Department of Education.

However, it's her empathy for people making transitions to improve their lives, as well as her love of mentoring and working with interns that makes her feel that a university setting is where she belongs.

"I applied to UHCL and interviewed, and then I came to the campus. It's exquisite, and I met a lot of people that I liked who were forthcoming and engaged. I was sold," she said. "I believe in higher education, and I wanted to go to a place where I could support the mission with all my heart."

For more information about UHCL's Division of Administration and Finance, go online.