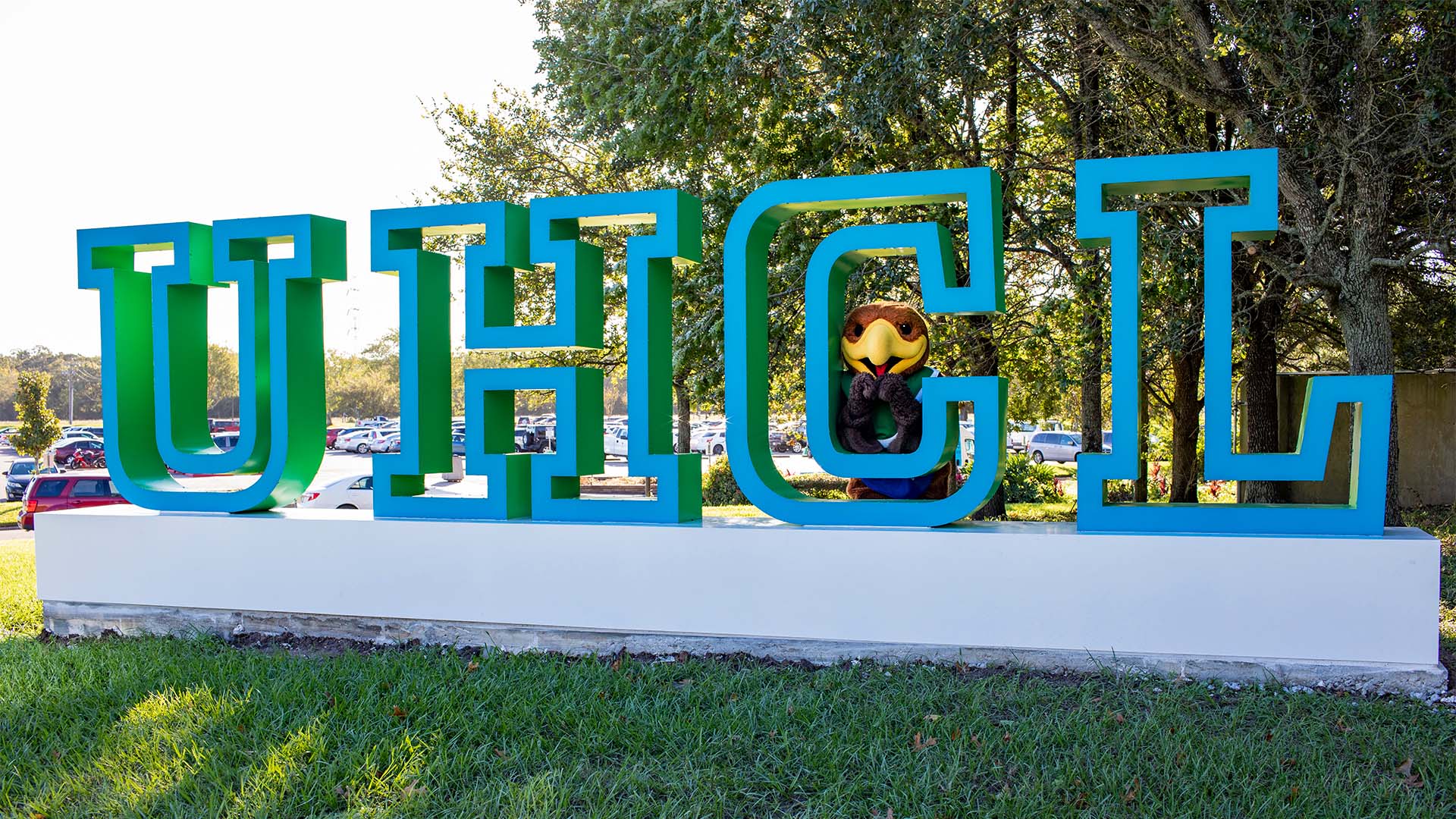 Hawks are fierce, swift birds of prey — but even beautiful, powerful raptors could use a makeover sometimes.

New, illuminated letters proclaiming University of Houston-Clear Lake is HAWK territory were installed last week in two locations on campus. The HAWKS letters were erected on University Drive at the Bay Area Boulevard entrance, and the UHCL letters were placed between the Bayou Building and the Student Services and Classroom Building facing Alumni Plaza. The two signs are the university's sharp new symbols of pride and school spirit.

The iconic white HAWK and UHCL letters, which had stood over 10 years, were removed in early September in favor of updated, more artistic blue-and-green emblems to use as backdrops for the next generations of graduation photos and selfies.

"This was a joint effort between the Office of Student Involvement and Leadership, Facilities Management and Construction, and Vice President for Administration and Finance Mark Denney," said Aaron Hart, vice president of Student Affairs. "We got four good examples of letters from a sign contractor and sent it to the students for their vote."

Hart said that no faculty or staff member, nor any university administrator, had any vote in the selection of the new letters. "This is a completely student-driven change on our campus," he said. "Once we got the students' design choice, we told the contractors to go ahead."

Shelby Kuepker, coordinator for Organizations and Activities and Hawk Spirit and Traditions Council adviser, said the letters would remain a big part of the university's culture. "There are a lot of signature events connected to the letters, including the annual 'Lighting of the Letters' event, that always takes place in December," she said. "We'll find a creative way to do that, since the letters are already lit. We have some ideas about how to keep that tradition going with the new letters, and we'll continue to plan activities around those spaces on our campus."

So far, Kuepker said, students have had a very positive response to the new signage. "Everyone loves that they are illuminated at night, and they're becoming a fun part of the student experience — taking photos with the letters at important times in their college life," she said. "They're blue and green, so they're spreading a little more Hawk spirit."