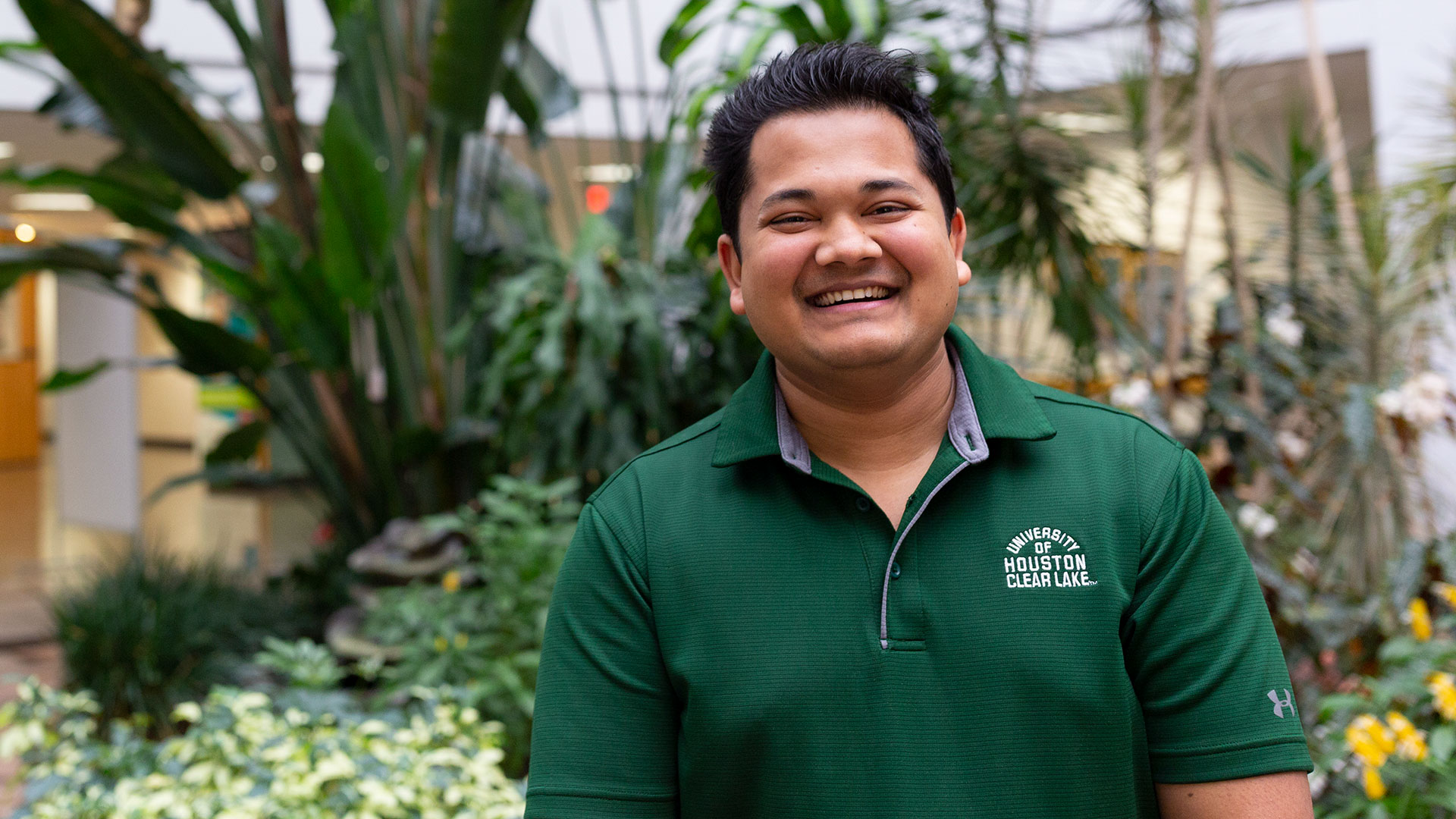 In 2014, Karan "Ronnie" Daruwala began his freshman year at a large university in Texas as a biotechnology major. He soon found out that he didn’t think he could be successful there. Coming from a small high school in Pasadena, Daruwala, a 26-year-old Friendswood resident, said he felt lost and began dreading going to class. After trying to make a go of it for two years, he said there were a couple of “last straw” episodes that convinced him it was time to transfer to University of Houston-Clear Lake.

“One ‘last straw’ moment was when I went to ask a professor for a letter of recommendation,” Daruwala said. “The professor had a pre-made stack of letters. He just took one, made it out to me, signed it and gave it to me. I didn’t think that was right.”

The second and final “straw” was when he tried to meet with a professor and was told that he only had 20 minutes on a Friday to meet. “I kept being referred to tutoring services, but I wanted to talk to the professor, but he was never available,” he said. “Students had a very little access to professors.”

He noticed his GPA wasn’t where it should have been, and he had a bad overall feeling about life. “I was going through the motions,” he said. “Professors did not seem eager to help, and they always sent you to tutoring services. It wasn’t a good experience.”

Coming to UH-Clear Lake in spring 2016 changed everything for Daruwala. “The first thing I noticed was that the class sizes were so much smaller, which really helped relieve my test anxiety,” he said. “With the smaller classes, psychologically I felt that the teacher cared and I wasn’t just one of a stack of hundreds of papers he was going to grade.”

Daruwala added that his UHCL professors were highly accessible and responsive to email. “My professors began offering me guidance about how to specialize in my major and what I might be good at. They began making recommendations to me. That’s how I figured out that specializing in human resources would be the right fit for me.”

The more classes he took, Daruwala said, the more he encountered some of the same professors and to his amazement; they took an interest in him. “I remember being so surprised when I ran into a professor I’d had a few semesters back, and he said hi and remembered my name,” he said. “I had a sense that I was someone, not just a number, not just a person making tuition payments. They really cared about me.”

Faculty Chair and Professor of Management Kevin Wooten was among those professors Daruwala said were instrumental in helping him find his career path. “Dr. Wooten and I met many times and he took the time to get to know me,” he said. “On his recommendation, I took a class in negotiation and I got an ‘A’ and learned so much. He knew me well enough to be able to advise me on what classes would be good for me.”

“It is not surprising to see Ronnie thrive and excel here at UHCL,” Wooten said. “I remember in the first class he took from me, we engaged in many cases analysis exercises and had open class discussions about approaches and strategies to solving practical problems.  It was clear very early on that he possessed the ability to visualize complex problems, difficult issues, as well as opportunities within their larger context.”

Wooten added, “He has the ability to focus on practical solutions, logically pursuing their implementation.  I sense that Ronnie will excel wherever he is and however he chooses apply his skills and energy.”

Other professors, continued Daruwala, helped him as he struggled through the loss of his car and home after Hurricane Harvey. “I couldn’t finish assignments on time and my professors were flexible and extended deadlines without penalty for me,” he said. “One professor actually came to meet me on a Sunday during Harvey recovery.”

The personal connections he was able to make on the UHCL campus motivated him to become active in student organizations. “I am an international student,” he said. “I met a lot of other international students and it gave me a sense of security about my education. I have learned leadership skills in the National Society of Leadership and Success, Omicron Delta Kappa and I am the president of the Society for Human Resource Management.”

Getting “super active” on campus and meeting people, Daruwala said, would never have happened had he stayed at the first university. “My aspiration is to work in human resources, and when I graduate this December, I will return to begin my MBA in human resources,” he said. “I would love to work in higher education someday. I’d love to work here at UHCL. I used to dread going to class before I came, but I am proud to get my education here.”

For more information about transferring to UHCL, visit www.uhcl.edu/admissions/apply/transfer.