Study abroad students learn their 'classroom' is anywhere in the world 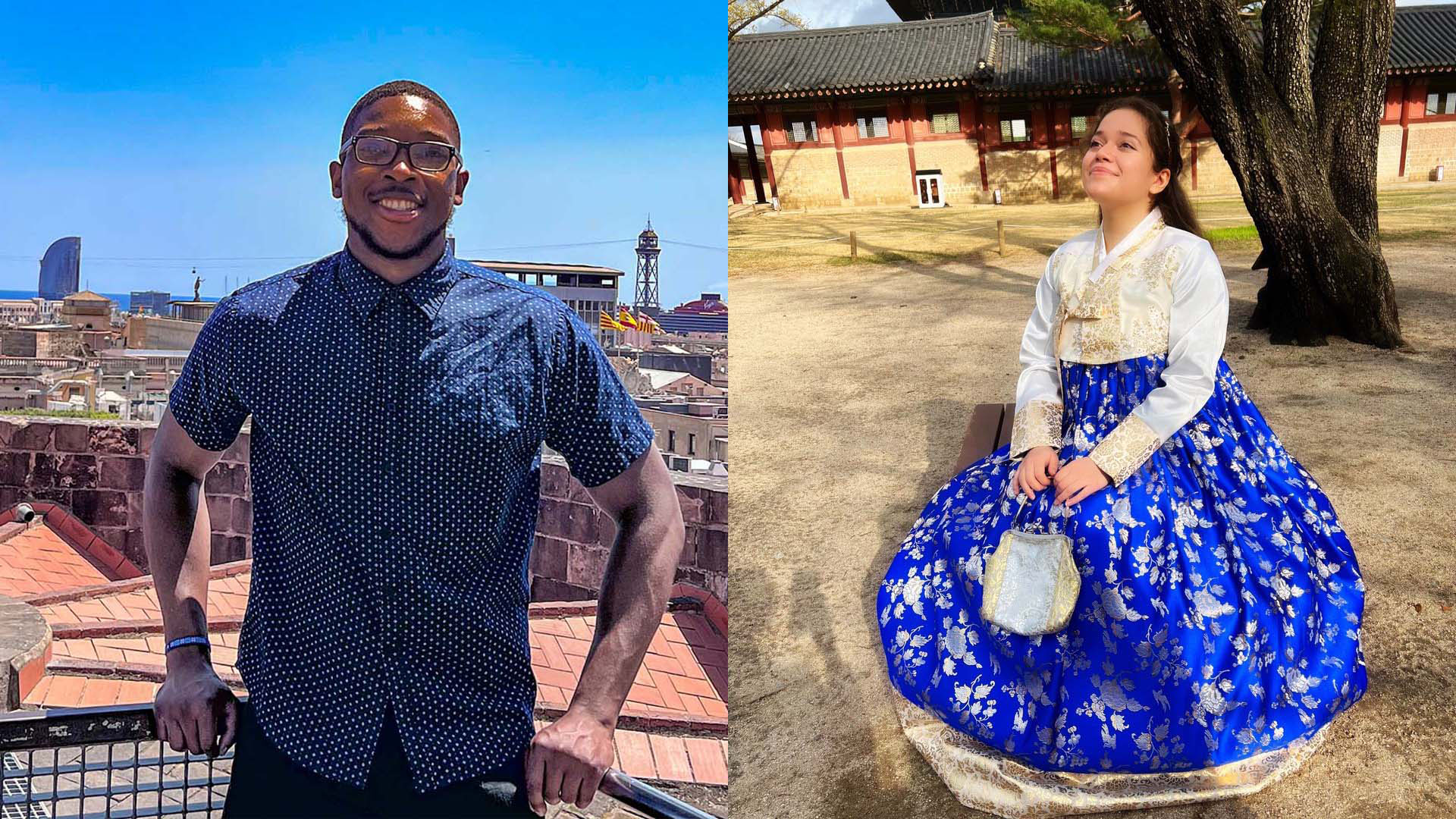 Studying and teaching abroad is a life-changing experience for college students and their professors. Studying internationally is considered a rite of passage, especially for those with an adventurous spirit, but it’s the aim of University of Houston-Clear Lake’s Office of Education Abroad and Scholar Services to empower more students and faculty to share in this experience—particularly those who have limited experience with traveling.

In 2019, just one UH-Clear Lake student participated in a study abroad program, and in 2020, just two. But during the 2021-22 academic year, the Education Abroad office facilitated 76 students’ and professors’ international experiences—a historic high for the university.

Education Abroad and Scholar Services Executive Director Bianca Schonberg said the increase in numbers was the result of a marketing and recruitment strategy that targeted first-generation students, non-traditional students, and veterans.

“Education abroad is about changing the culture and conversation in the classroom,” Schonberg said. “We want to be an international university, with students who are equipped to work in the global workforce. That’s what the Office of Education Abroad and Scholar Services is here for.”

Isidore Dibia is pursuing his Master of Business Administration/Master of Healthcare Administration and has been studying Spanish since high school. “That’s why I decided to spend a month this summer participating in the Spanish language program in La Rioja, Spain,” he said. “I have taken learning a second language seriously, and I saw UHCL offered a program in Spain, so I just took it and ran with it.”

He said that as a future healthcare administrator, he believed achieving a level of fluency in Spanish would be helpful to his career and advantageous in his work environment. “I was immersed in the language,” he said. “I lived with a host family and I’m so thankful I did that. They were wonderful. The experience has changed my life.”

He said the course was extremely helpful and made him much more confident in his Spanish speaking skills. “When I graduate, I believe this will help me in my job search. There are so many people from Spanish-speaking parts of the world and it’s pretty cool to be part of the conversation.”

Dibia added that UHCL’s Office of Education Abroad had coordinated with the host university in Spain, and with finding his host family. “I looked on the website and saw all the places I could go and I applied, was accepted and even got a scholarship that helped me go,” he said. “They helped me with a list of things I had to pack and choose my courses. They did everything they could to facilitate my trip.”

Although Maria Denis has traveled to Mexico and Europe before, she wanted to study somewhere that could enrich her specific degree program. “I’m working toward a double major in marketing and management,” she said. “I chose it because as a marketing major, I wanted to see how other countries marketed. That’s why I chose South Korea. It’s completely different from what we do, but I also realize we have a lot of similarities.”

“I attended Korea University in Seoul, and the school was amazing,” she said. “I had a lot of hands-on experiences going to businesses and asking how they were managed and how services were marketed. This is why I decided to add management to my degree plan. I took management classes in Korea and realized, this is one of my passions.”

Leaving her job for five months was a big commitment, she said, but entirely worth it. “I learned things I didn’t know I could use, and now I think I can be a better manager and take on a leadership role,” she said. “I was about to give up on my family business because I was burned out and ready to leave. Now, I’ve decided along with my parents to try to franchise our family business.”

Schonberg said that when students returned from their study abroad experiences, their transformation was obvious. “You can see their cross-cultural competence, their maturity, their ability to problem solve,” she said. “Students who go on these programs tend to retain their experiences and want more,” she said.