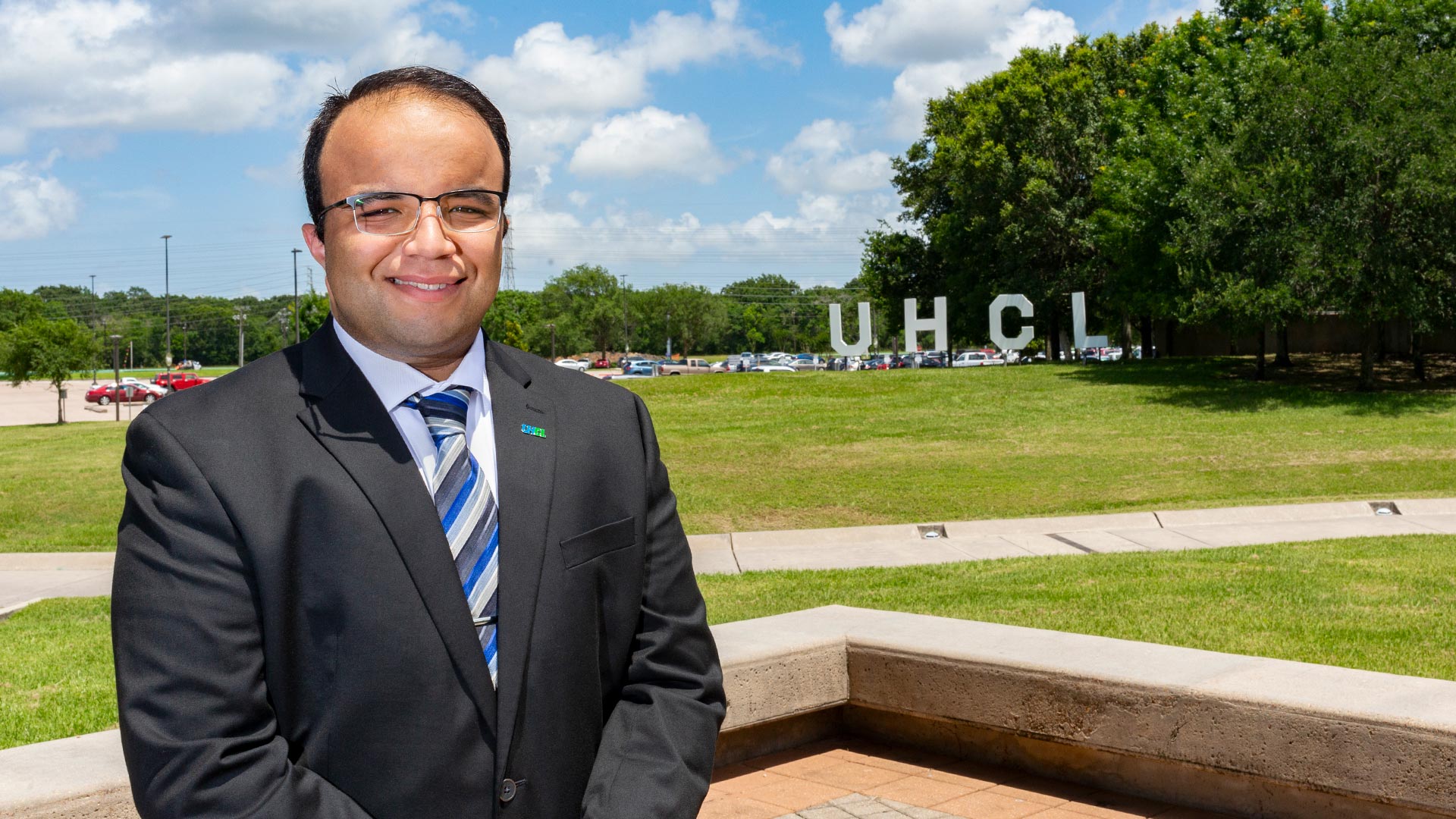 Texas Gov. Greg Abbott has named Derek Delgado to be the new student regent on the University of Houston System Board of Regents. Delgado, who is pursuing his Bachelor of Science in Legal Studies at University of Houston-Clear Lake, is the first Hawk ever to be appointed to the board.

Delgado will work with the nine members of the UH System Board of Regents to make governing decisions for the system and each of its four universities. Although he doesn’t have a vote on the board, he represents the voice of the system’s 74,000 students.

“When I first enrolled at UHCL in 2018 and joined the Student Government Association, I liked the idea of being student regent because you represent your university and the whole system,” Delgado said. “But at that time, I thought it was premature for me to do it. So I was a senator from the College of Science and Engineering, and last year I was SGA vice president. When the opportunity came up to apply for student regent, I thought since it’s my final year as an undergraduate, I will give it a try.”

He said he’d applied back in November 2020, had interviews with University of Houston Vice Chancellors Jason Smith and Robert Walker, and then was notified that UH System Chancellor Renu Khator had recommended him as student regent.

During the application process, he said he talked about what was most on students’ minds during COVID — their many struggles with the online learning environment.

“Students felt there was a disconnect between the administration and the students regarding grading policies, resulting in a lot of miscommunication,” he said. “I discussed that a lot during my interviews, but we hope this semester students will be on campus for the majority of classes. I see my job as student regent as communicating to students what the system does.”

After the interviews, Delgado’s name was given to the Governor’s Appointments Office.

“I was interviewed by someone there on the phone in January. I had never been on a job interview before!” he said. “They told me they’d get back to me in May. For five months, I heard nothing, and then I found out on May 26 that I had the job.”

“Derek Delgado is an exemplary student with a passion for the legal system and a commitment to service, which makes him an ideal student regent,” Khator said. “His energy and ideas will be welcome additions to the Board.”

On June 7, Delgado was sworn in as student regent at the Pasadena Municipal Court by Judge Lester Rorick, for whom he’s served as deputy clerk since 2016.
Delgado said he’d be working directly with the SGAs of each university in the system. “The SGAs of each campus know the specific needs, and it’s my goal to see if we can come up with a system solution,” he said. “And of course, I’ll be working to keep up the great success of UHCL.”

"I want to congratulate Mr. Delgado on this appointment and being University of Houston-Clear Lake’s first student regent," said Ira Blake, UHCL president. "He is an exceptional leader who will bring a valuable perspective to the Board of Regents. I have every confidence he will provide a voice for all UH System students."

He succeeds outgoing student regent Alvaro De la Cruz, who recently graduated from University of Houston-Victoria with a Master of Education in Adult and Higher Education.

When he’s not on the UHCL campus, Delgado is employed part-time as a legal assistant at Travis Bryan Law Group, responsible for the intake of new and potential clients, drafting and filing legal documents, and conducting legal research for pending cases. He’s also a volunteer firefighter for the Pasadena Volunteer Fire Department.

“This experience will help me because my goal is to complete law school and go into politics,” he said. “Student advocacy is a great place to start and it’s a good stepping stone into that career.”

To learn more about student leadership opportunities at UHCL, visit the Office of Student Involvement and Leadership.