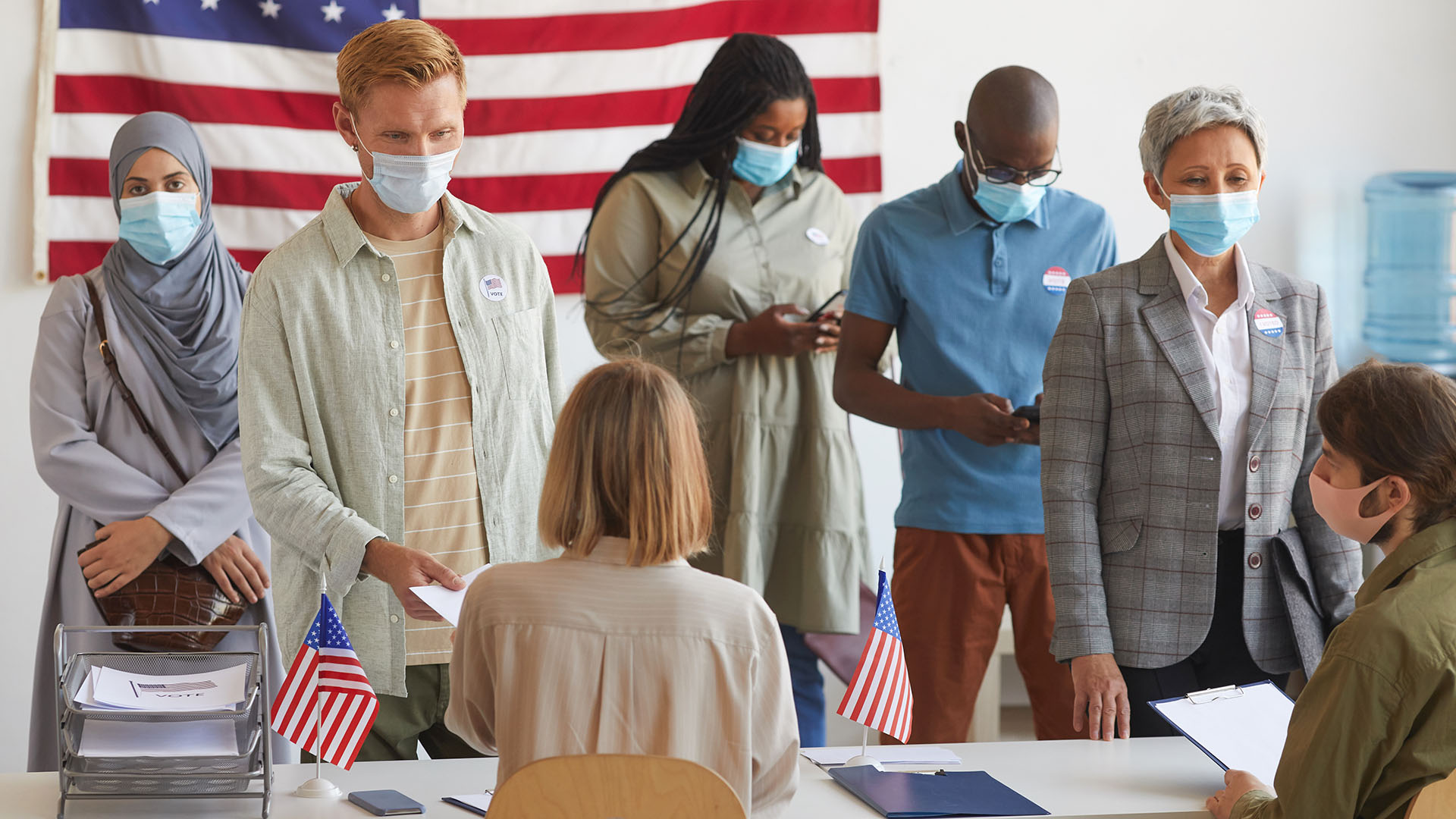 College students are among the newest members of America’s voting population, and the Campus Vote Project, a nonprofit organization that advocates for student voters, reports that this younger demographic votes at lower rates than its older cohorts. But even though college student voter turnout is critical to election outcomes, there are still too many barriers for them to get registered and get to a polling place.

“We are very strategic about helping our students to understand the importance of civic engagement,” said Assistant Director of Student Involvement and Leadership Dillon Nash. “University of Houston-Clear Lake is a designated Voter Friendly Campus, which indicates we have been successful in making students aware of the importance of voting, being prepared for elections, and taking an active role in global citizenship.”

To achieve the Voter Friendly Campus designation, a campus has to demonstrate a 60-68% voting rate. “We know that a high voting rate on our campus improves students’ experience on campus, promotes campus diversity, and increases our university’s recognition,” he said.

The key deadline for registering to vote in the November 2022 midterm election is Oct. 11. “That’s why the Harris County Voter Registrar’s Office has been here almost weekly to register students to vote,” Nash said. “We have voter registrars coming from Galveston County as well, and we have a new chapter of MOVE Texas, a voter advocacy organization, on campus.”

Nash said that the Office of Student Involvement and Leadership has spearheaded initiatives to increase voter engagement on campus, with positive results. “We host voter registration drives on campus, offer Voter 101 events, and had a Civic Leadership Series last summer,” he said. “These are making a difference. We are really seeing UHCL students getting registered, and voting.”

The National Study of Learning, Voting and Engagement reported on UHCL’s student voting rates this month. The report presents data on student voter participation on campus.

“According to the report, in 2018, 48.3% of UHCL students voted,” he said. “In 2020, our voting rate was 62.8%. It jumped considerably with all the civic engagement programs we offer on our campus. We believe our rates will increase steadily and consistently, and in 2022, we believe we will see numbers going upward.”

He added SIL has received grant funding for a National Vote Early Day program on Oct. 28. “We’ve partnered with MTV on this event,” he said. “We are going to have inflatables, food, T-shirts—all in an effort to get students to vote early.”

Nash said that with the Oct. 11 voter registration deadline rapidly approaching, it’s more important than ever for students to get registered. “If you live in Harris County, you can vote right here on our campus,” he said. “We hope people do vote here, because if we want to sustain this as a polling place, we have to demonstrate high numbers of people voting here.”

And above all, Nash said, it’s crucial for students to know and understand their rights as voters. “The topics of political debate are of extreme importance to college students,” he said. “We have candidates talking about canceling college debt. We have many issues pertaining directly to women, to people of color, and to the LGBTQIA community.”

The Office of Student Involvement and Leadership has resources about voting. For more information, go online.