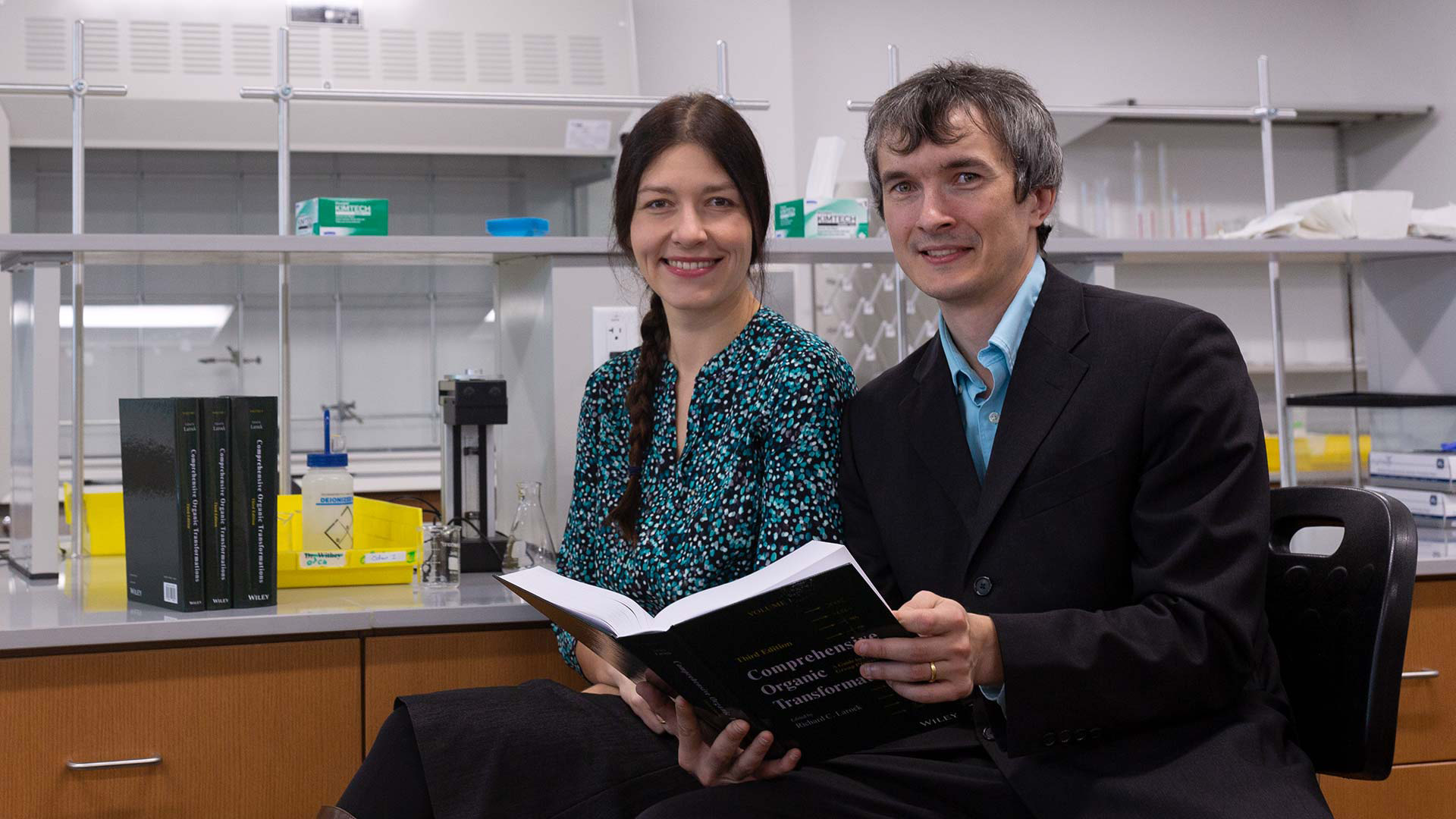 When the first edition of  “Larock’s Comprehensive Organic Transformations” was originally published in 1989, it became a bible of sorts to chemists; an encyclopedic and systematic collection of chemical reactions with thousands of references. With the passing of decades, the book series required significant updates to encompass the advancements in the field. The collection’s third edition, co-authored by a team of scientists including University of Houston-Clear Lake’s Assistant Professor of Chemistry Anton Dubrovskiy and his wife, Adjunct Chemistry Instructor Nataliya Markina, has been published and nominated for a PROSE award finalist in the Multivolume Reference/Science category.

The volumes are published by Joe Wiley and Sons Inc.

“The book’s purpose is to help chemists find the appropriate procedures for transforming organic compounds,” Markina said. “If a chemist needs to tweak any particular functional group in an organic molecule, he or she can go to the book, find what methods have been described for that transformation and get references for the peer-reviewed articles on the subject. The book will help them navigate.”

Because there might be literally thousands of ways to run an organic reaction, Dubrovskiy said, it’s difficult and wastes time to try to figure out which of the existing routes are the most reliable and efficient. “We have been part of a team of chemists who have screened thousands of published articles to find the ones that seemed most useful and reproducible,” he said. “It was like searching for needles in an enormous haystack, to ultimately save lots of time for other organic chemists in the world.”

The second edition, he added, needed a lot of updating since its publication in 1996. “Each edition gets longer and longer with the expansion of knowledge,” he said. “This one is now four volumes, 3960 pages. It’s very structured and categorized and it lists the best papers from 282 prominent journals in the field.”

The hard-copy volumes are especially useful, Markina said, because many scientists do not have access to the databases that contain this information. “Especially outside America, these volumes are much cheaper than having to subscribe to an expensive database,” she said. “Every paper has a tweet-length summary giving the essences of every paper. There are over 53,000 references covered, but we read through at least 10 times that many papers to select the best ones.”

In 2018, UH-Clear Lake Professor of Chemistry Daniel Zerong Wang took the award for the six-volume “Encyclopedia of Physical Organic Chemistry,” also published by Wiley & Sons. Wang was editor-in-chief on the project.

Dubrovskiy said the four volumes were the result of six years’ labor from him, Markina and thirteen other colleagues. “We began this journey when we were still in graduate school,” he said. “We were asked to stand in for someone who was no longer participating, and it was a huge honor to be asked. Now that it’s published, we hope it will be helpful to the rest of humanity.”