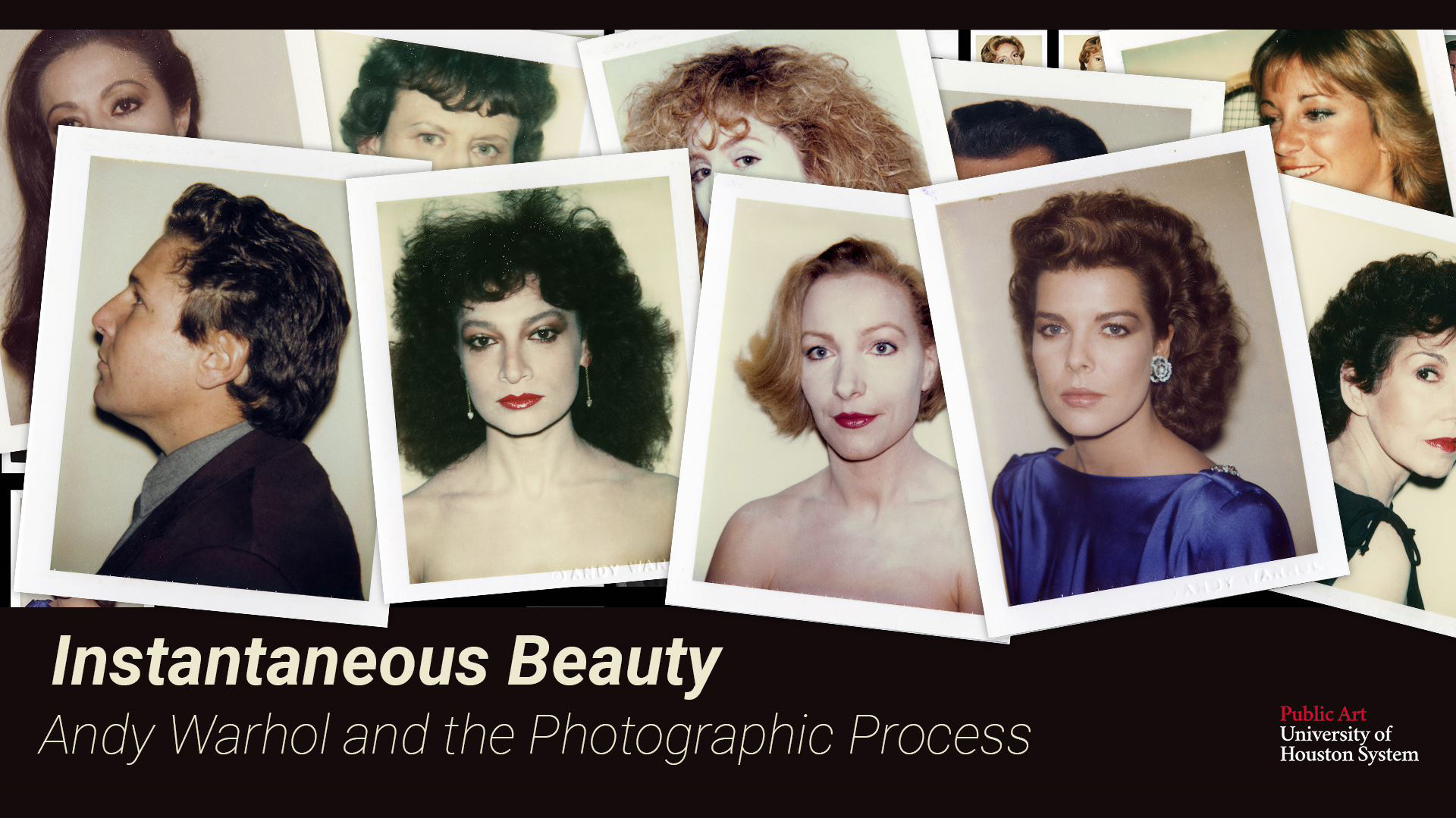 Andy Warhol famously declared, “I never met a person I couldn’t call a beauty.” In keeping with that statement, the exhibition explores Andy Warhol’s process and experimentation with photography, particularly in its relationship to beauty, and will highlight Public Art’s extraordinary collection of 149 photographs made by the artist between 1975 and 1985.

The Andy Warhol Foundation gifted the collection to UH System Public Art in 2008.

In the mid-1960s, Warhol shifted his interest to filmmaking and television, then seen as more cutting-edge creative activities than painting. But in the 1970s, photography—a medium where the machine, and not the hand, did the work—provided the perfect pathway for his return to art-making. “Instantaneous Beauty” focuses on that pivotal moment in the artist’s trajectory.

“Warhol foresaw such contemporary mainstays as personal branding, celebrity and its commodification, reality television, the idea of everyone’s 15 minutes of fame, and art at the service of capitalism,” said Maria C. Gaztambide, Public Art UHS executive director and chief curator. “The works on view confirm how, long before these ideas became cultural values, Warhol made them indivisible from his creative process and front and center of his uncompromising stance. In doing so, he pushed the boundaries of what it meant to be an American artist.”

“Instantaneous Beauty” is part of Public Art UHS’s broad effort to make its significant collections accessible to academic and community audiences across and beyond the University of Houston System. The exhibition features works from private and institutional collections, including The Menil Collection.

The opening reception will feature a screening of a selection of 15 of Warhol’s famed screen tests, courtesy of the Andy Warhol Museum in Pittsburgh, Pennsylvania. These short films made between 1964 and 1966 serve as “living portraits” of pop culture and art world notables including Salvador Dalí, Bob Dylan, Marcel Duchamp, Jane Holzer, Dennis Hopper, Niki de Saint Phalle, and Edie Sedgewick. Considered by Warhol as end products in themselves, his screen tests are the perfect complement to the photographic portraits on view in “Instantaneous Beauty.”

The exhibition runs through June 24. For more information about the collection and opening program, go online. Learn more about this and other events at the UHCL Art Gallery.